This time, the actor goes negative! 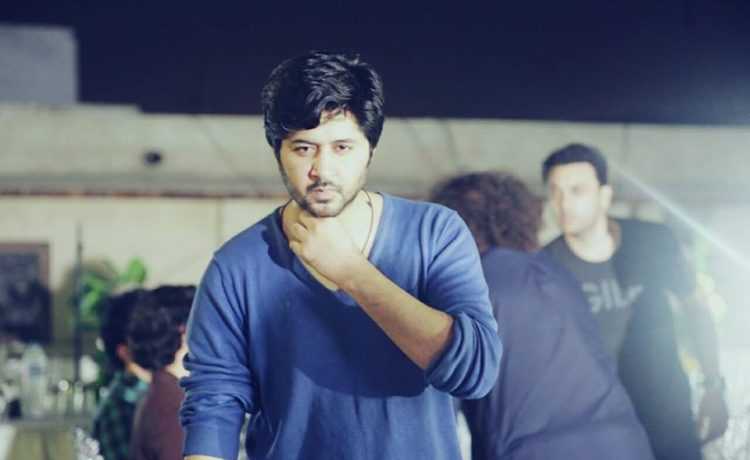 ”There is no character, no role in the world that doesn’t have a margin for performance, I would give my 100% if I were to play a post man’s role”, says versatile actor Imran Ahraf while talking to OYEYEAH. We have seen him playing various roles, which keep us wowing us after looking at his performances. The last we saw him was where he played a transgender in ”Alif Allah aur Insan”, actor tells he only had 35 scenes for this particular role, and it turned out to be grand and very much appreciated.

And that’s owing to nothing else bu Imran’s dedication and the passion he does his roles with. Whether it is Tipu from Tau Dil Ka Kya Huwa or Haris in Dil e Janam, Imran Ashraf has this passion about himself that he gets under the skin of his character and comes out shining bright.

Good news is he will be soon on screen with more brilliant performances to offer to his fans. While he is gearing up for his play Lashkara to go on air soon on ARY Digital, Imran Ashraf is prepping to play the cunning Shakeel in Abginay on Geo.

“Both the roles I will be playing are not only different but worth watching,” says Imran Ashraf.

For his character in Abginay, Imran tells it is going to be an antagonist, a badass villain who is the back bone of the play. ”People are going to hate me for playing this role but will surely love the acting, the effort i put in,” adds Imran.

”Shakeel, owner of Ghota kinari shop, wears colourful kurtas and is a big flirt. He’s married to one, loves another and flirts with the third one, keeping eye on many others throughout the serial”, tells Imran Ashraf about the character.

Imran further tells it’s a very strong character and the whole drama spins around it. Abginay is being directed by Nadeem Siddique and has been written by Qaisera Hayat. Along with Imran, the other star cast includes Shahroz Sabzwari, Aiman Khan, Sonia Mishal, Anoushay Abbasi, Saba Faysal, Sajid Hassan, and Asad Shan in pivotal roles.

Shoot for drama series ”Abignay” is currently on and it is said to go on air right after Ramzan, says Imran Ashraf who is currently in Lahore for shoot of another of his upcoming serial ”Lashkara”.
Lashkara, starring Imran Ashraf, Ushna Shah and Mohsin Abbas Haider is also going to be worth watching. This one is based on a script by Zafar Mairaj and is being directed by Kashif Nisar. Imran Ashraf tells the character he is playing has shades of  a neighborhood thug who falls in love with another character played by Ushna Shah. How his life changes after being rejected and how he continues with a broken heart is what his character will narrate in the story, shares Imran Ashraf.

The details have actually hooked us onto both Abginay and Lashkara. Therefore we’re eagerly awaiting the two serials to go on air as soon as they possibly can.

The teasers for Lashkara promise a colorful, interesting play!

tweet
Share on FacebookShare on TwitterShare on PinterestShare on Reddit
Saman SiddiquiMarch 21, 2018
the authorSaman Siddiqui
Saman Siddiqui, A freelance journalist with a Master’s Degree in Mass Communication and MS in Peace and Conflict Studies. Associated with the media industry since 2006. Experience in various capacities including Program Host, Researcher, News Producer, Documentary Making, Voice Over, Content Writing Copy Editing, and Blogging, and currently associated with OyeYeah since 2018, working as an Editor.
All posts bySaman Siddiqui