The ad, since removed from Facebook and YouTube, was described by the brand, Tanishq, as a “beautiful confluence of two different religions, traditions and cultures” 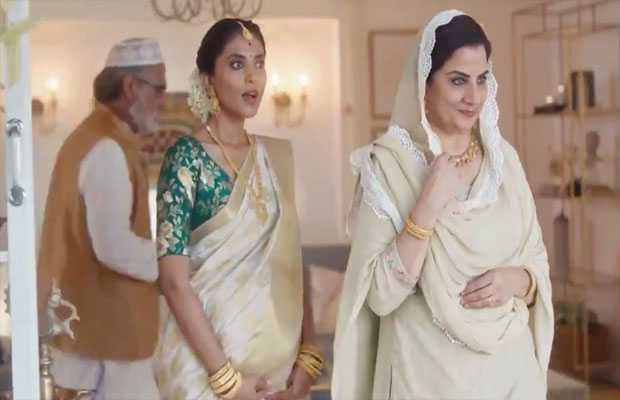 A popular jewellery brand in India “Tanishq” has withdrawn a television advertisement after calls for a boycott of the brand for depicting a Hindu-Muslim marriage.

The critics– Hindu nationalists argued that the ad, which shows a baby shower organized for the Hindu bride by her Muslim in-laws, promotes “love jihad”, a pejorative Hindu groups use to accuse Muslim men of converting Hindu women by marriage.

BBC reported that the forty-three-second ad which was released last week, featured a pregnant woman in a sari, making her way through a luminous home to a garden prepared for her baby shower.

The ad, since removed from Facebook and YouTube, was described by the brand, Tanishq, as a “beautiful confluence of two different religions, traditions and cultures,” the purpose of the advertisement was to promote a new jewelry collection called “Ekatvam,” a Sanskrit word that translates as “unity.”

The description of the video on YouTube read, “She is married into a family that loves her like their own child. Only for her, they go out of their way to celebrate an occasion that they usually don’t. A beautiful confluence of two different religions, traditions, cultures.”

But on social media, the ad sparked outrage as the extremists Hindu group calls for the boycott, and #BoycottTanishq started trending on Twitter.

The arguments from the Hindu-right wing said  “Why are you showing a Hindu ‘daughter-in-law’ to a Muslim family and glorifying it,”

Khemchand Sharma, a member of India’s ruling Hindu nationalist Bharatiya Janata Party (BJP), asked on the micro-blogging website while according to the gesture as love jihad, and of favoring one faith over another. “Why don’t you show a Muslim daughter-in-law in your ads with a Hindu family?” he added.