The drama titled Mannat Muraad written by Nadia Akhtar is being directed by Wajahat Hussain for Geo Entertainment, under the banner of 7th Sky Entertainment production. 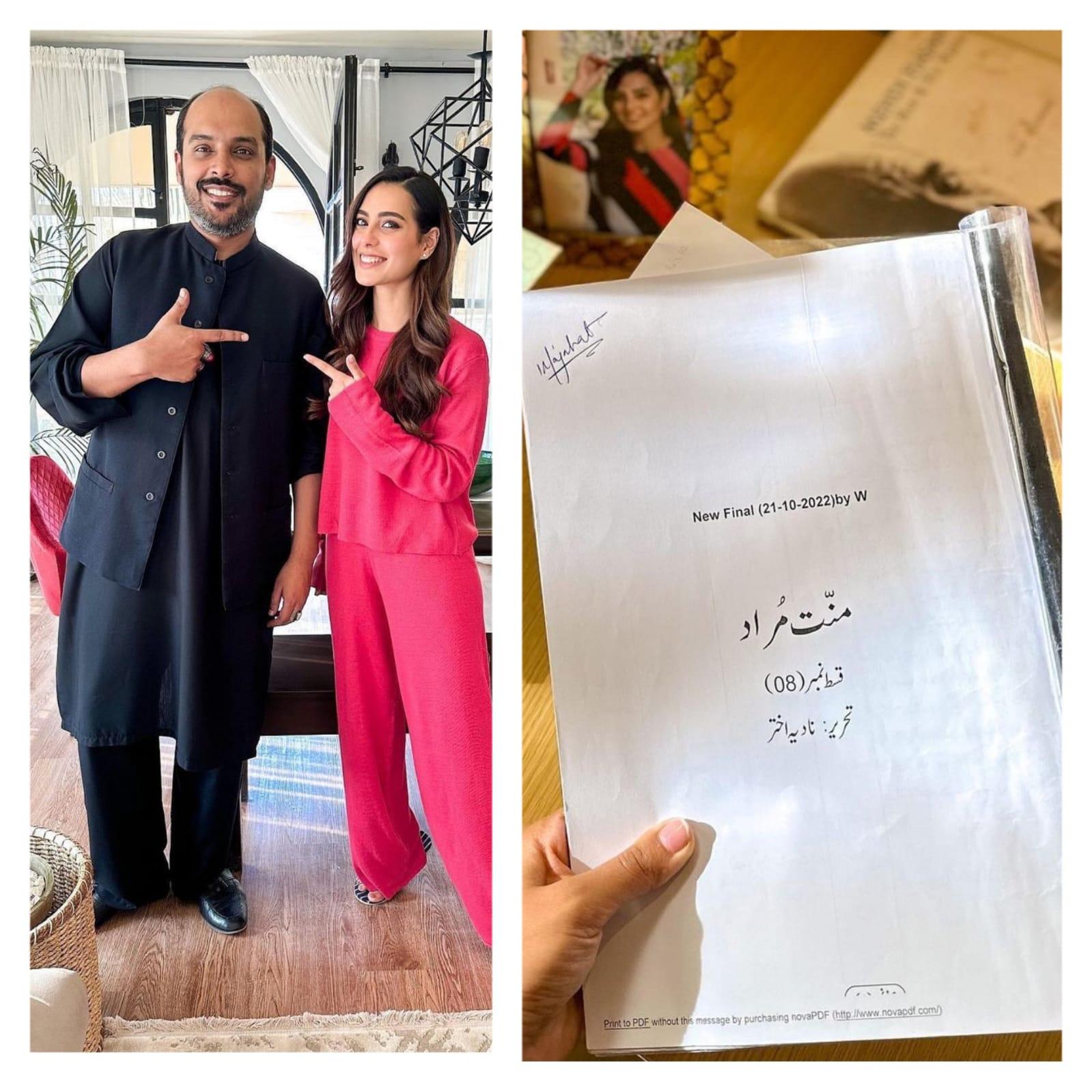 Taking it to Instagram on Saturday, the starlet broke the news to her fans.
Iqra Aziz in a slider post shared a photo with the drama director and also an image of the script indicating that episode 8 of Mannat Muraad is currently on the floors.
While other details are kept under wraps, we assume the Iqra Aziz is likely to be seen playing the character of Mannat in the drama.

Iqra made her acting debut in 2014 with a supporting role in the drama Kissey Apna Kahein.

With her acting skills, she has risen to the pinnacle of fame with the drama serials Ranjha Ranjha Kardi and Suno Chanda.

Iqra Aziz was last seen on the screen along with Feroze Khan in Khuda Aur Mohabbat.