The Rock celebrates as the film shooting is successfully wrapped up! 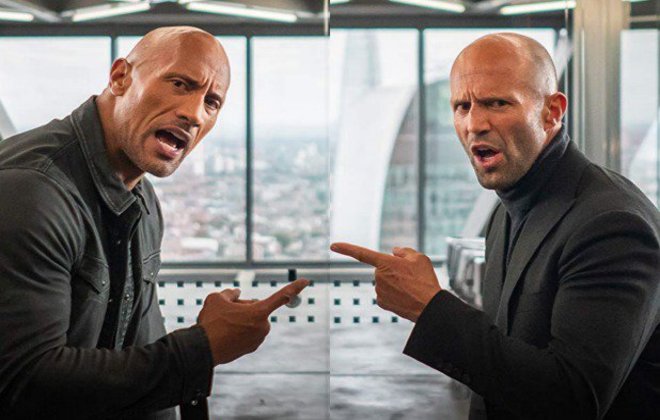 Dwayne Johnson AKA The Rock took to social media to celebrate the completion of the first ever Fast & Furious spin-off film.

As being reported, the filming for the film’s last chunk was done in Hawaii after the first portion of production wrapped in London in December.

In an emotional post, on Instagram Dwayne Johnson wrote about his association with the film and he also thanked the people associated with the film as he posted a video of him hugging the film’s director, David Leitch and giving a speech to the crew about why the film is “very special”.

He wrote, “My gratitude runs deep in sayin’ this goodbye. To EVERYONE who committed their talents and time to making our movie as great as it can be and for putting their trust in me to help drive this passion project forward – THANK YOU.
This production will always be more than a movie to me. It’s represents a soul, a DNA, a toughness, a perseverance and a CULTURE. I love you all and a big fa’afetai tele lava again for trusting me on this one.
Audience always comes first… and they’re gonna have a fucking blast!”.

Likewise, on Twitter, he also announced that the film has officially wrapped up the production.

The Rock captioned his twitter post, saying, “That’s an official wrap on HOBBS & SHAW. Me and my pasty asshole partner here can’t wait for you to see it. Oh the fun you’ll have… AUG 2nd worldwide.”

That’s an official wrap on HOBBS & SHAW.
Me and my pasty asshole partner here can’t wait for you to see it.
Oh the fun you’ll have…
AUG 2nd worldwide.@SevenBucksProd https://t.co/BwfD0O1tVm