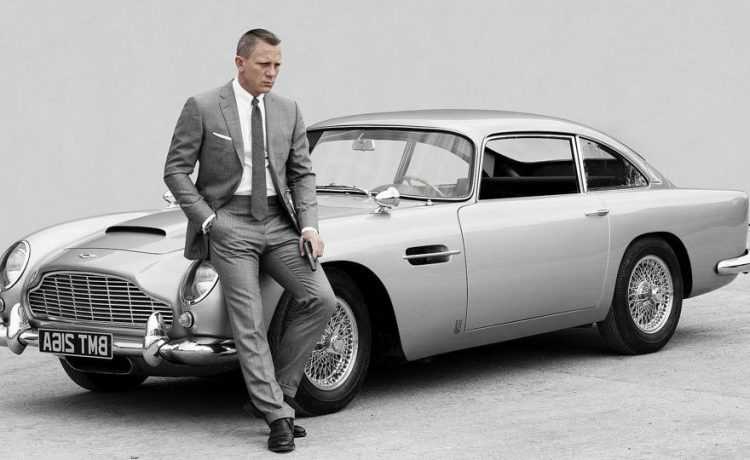 The actor Daniel Craig, who has played the British spy known as 007 in four films, will be auctioning his limited edition vehicle made for him by Aston Martin four years ago for the charity, says Christie’s auction house.
Aston Martin cars have appeared in Bond films over nearly 50 years, beginning with 1964’s “Goldfinger” in which Sean Connery drove a silver Aston Martin DB5. The brand has appeared in all four Bond films starring Craig. The car seems to be the absolute trade mark for the Bond movies.

The estimated value of the car is said to be around $400,000 to $600,000. It will be displayed at Christie’s showroom in Los Angeles from 27th of February to 3rd March before moving to New York, where it will be auctioned on the 20th of April as part of Christie’s annual decorative arts masterpiece sale called ”The Exceptional Sale”.

Earnings from the car’s auction will benefit a New York based charity know as The Opportunity Network, which helps students from disadvantaged communities to achieve their college and career goals. Denial Craig together with his wife, actress Rachel Weisz, sits on the organization’s board of directors.

It was reported last year; Daniel Craig has said that he will reprise the role of James Bond one last time. The film is expected to be released in November 2019.

tweet
Share on FacebookShare on TwitterShare on PinterestShare on Reddit
Saman SiddiquiFebruary 18, 2018
the authorSaman Siddiqui
Saman Siddiqui, A freelance journalist with a Master’s Degree in Mass Communication and MS in Peace and Conflict Studies. Associated with the media industry since 2006. Experience in various capacities including Program Host, Researcher, News Producer, Documentary Making, Voice Over, Content Writing Copy Editing, and Blogging, and currently associated with OyeYeah since 2018, working as an Editor.
All posts bySaman Siddiqui