‘Jawani Phir Nahi Ani’ third installment is in the making

The script of 'Jawani Phir Nahi Ani 3' is in process with the likely return of Fahad Mustafa, Vasay Chaudhry and Humayun Saeed 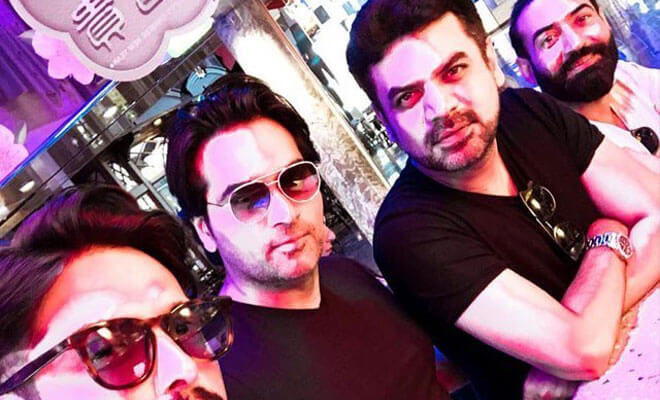 The Jawani Phir Nahi Ani gang is all set with the third installment of the successful franchise after the big success of JPNA 2 in 2018. The movie is being planned and is currently in the development process.

Jawani Phir Nahi Ani is one of the most successful ventures of the Pakistani cinema. While the fans are eagerly waiting for the third part of the film, the star cast is on the cruise for the funniest upcoming project.

The script of Jawani Phir Nahi Ani 3 is in the process with the likely return of Fahad Mustafa, Vasay Chaudhry, and Humayun Saeed.

Humayun Saeed himself gave the good news to his fans by posting on Instagram, “JPNA3 script sessions on the cruise @mustafafahad26 @vasaych@nadeembaigdirector”.

No word on the date or time for when the film will go on floors, we are already thrilled about the news.

Released last year, Jawani Phir Nahi Ani 2 crossed the Rs. 70 crore mark at the Box Office worldwide and became the first Pakistani flick to do so.