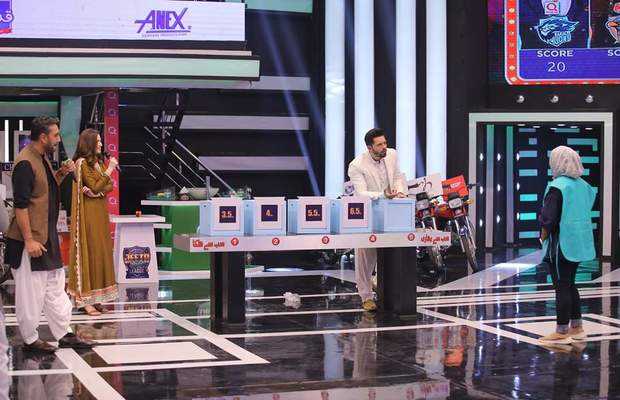 The biggest and most exciting game show on the television today is Jeeto Pakistan Ramazan makes the game show even better but this time it’s not just a game show it’s an entire fantasy league.

Jeeto Pakistan League is going strong this Ramazan. The game show hosted by the dashing Fahad Mustafa in a well light neon hall. But due to the pandemic situation, the crowds are not present.

The Jeeto Pakistan League has five teams, representing 5 cities of Pakistan. The celebrities are the captains to each team and are invited every day with selected contestants on various games. Winners are rewards with cash prizes and gifts like the original gameshow theme.

The winning teams are rewarded points and scores are kept on the board. Peshawar Stallions are leading the point table till now bit tables can turn any minute.

Fahad Mustafa keeps the energy going despite the live crowd is missing and proves what an entertainer he is. Accompanied by the team captains Humayun Saeed, Adnan Siddiqui, Sana Javed, Shaista Lodhi, and Sarfaraz Ahmed.

Little Ahmed Shah also with his mystery treasure box makes cute appearances in the show but everyone is always kept at a safe distance.

Jeeto Pakistan League hosts mini-games for TV viewers to win at home as well. The energy of the game is still the same and the ratings are off the charts.