Directed by Jalal Roomi, Kahay Dil Jidhar is a coming of age story with a side of action involved 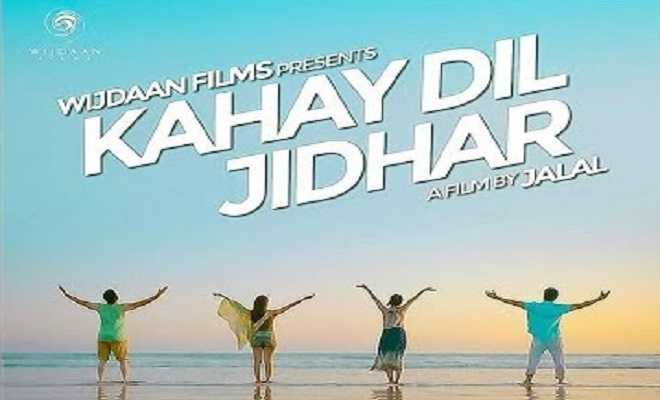 Looks like 2020 is going to be a good year for cinema in Pakistan as we have a number of releases lined up. Joining the list is the Mansha Pasha, Junaid Khan, and Kamran Bari starrer Kahay Dil Jidhar.

The film just released its teaser and we have to say, its Mansha Pasha and Junaid Khan who jointly and equally own the teaser of the film together. Kahay Dil Jidhar appears to be coming of age story of friends who are trying to carve out a path for themselves in the future. Cut short the chase, we’re shown Mansha excelling as a top journalist while Khan goes on to make a strict and very loyal cop.

Kahay Dil Jidhar will also be tackling a lot of subjects including corruption, drugs, power, money, and fame. The film’s storyline appears interesting enough but it waits to be seen whether or not it will be able to attract viewers in cinemas or not.

For now, we’re excited about the upcoming film. Tell us what you think about the teaser of Kahay Dil Jidhar below.