Fawad Khan in key role has generated attention across the border too! 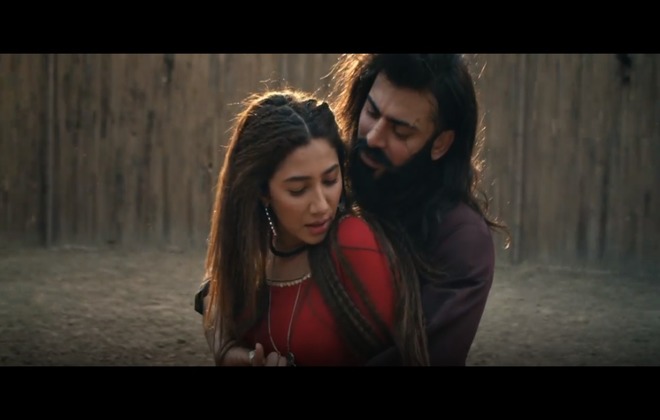 It was yesterday when, Bilal Lashari’s ‘The legend of Maula Jatt’ first teaser trailer was released. Since its release, Maula has been the talk of the town. The film is being termed as one of the most anticipated Pakistani films to get released in 2019.

The trailer has so for impressed everyone, even the B-Town celebs came in praising and sharing the teaser trailer on twitter.

Fawad this looks amazing!!!! Congratulations and am sure it will be a massive success!!! 💪😎😎❤️🔥 https://t.co/TOHf0uOxJn

The next was Anurag Kashyap. He also shared the trailer and wrote, “Maula Jatt is back and this time its Fawad Khan.”

The intense trailer has left the fans waiting to see the film, as Fawad Khan and Mahira Khan are reuniting on the big screen. This is one of the most beloved pair on screen not just in Pakistan, but across the border too.

Fawad and Mahira both have worked in the Bollywood films, and have stolen the hearts of millions. And to see the favourite stars in key roles has generated attention across the border as well.

This film is being touted as Pakistan’s most expensive and elaborate project till date, it will be releasing next year in June.

tweet
Share on FacebookShare on TwitterShare on PinterestShare on Reddit
Saman SiddiquiDecember 22, 2018
the authorSaman Siddiqui
Saman Siddiqui, A freelance journalist with a Master’s Degree in Mass Communication and MS in Peace and Conflict Studies. Associated with the media industry since 2006. Experience in various capacities including Program Host, Researcher, News Producer, Documentary Making, Voice Over, Content Writing Copy Editing, and Blogging, and currently associated with OyeYeah since 2018, working as an Editor.
All posts bySaman Siddiqui