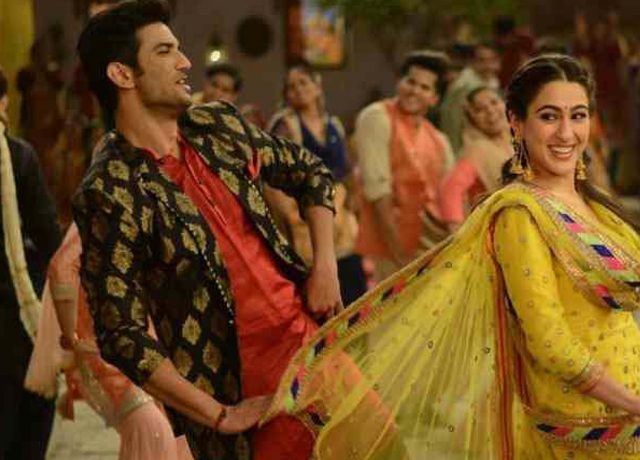 The two can be seen moving and grooving to the beats in a Mehendi ceremony. Love seems to be in the air and their chemistry looks fresh and interesting. Dressed in a yellow traditional outfit, Sara looks exactly like her mother Amrita Singh.

Sung by Dev Negi, the song has been penned by Amitabh Bhattacharya with music composed by Amit Trivedi. The first song ‘Namo Namo’ was a mighty religious song.

The film marks Sara Ali Khan’s debut and is a love story set in the backdrop of the disastrous Uttarakhand floods of 2013. It is the tale of a Hindu pilgrim (Sara) and a Muslim porter (Sushant).

The film is set to hit the theatres on December 7.