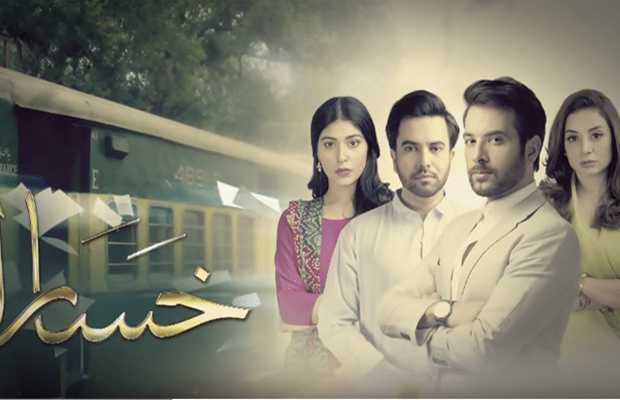 Want to handle a bit too much eye candy on your television screen? Gear up for Khasara, starting tonight on ARY Digital. The drama, a Next Level Entertainment and Six Sigma Plus production and starring Mikaal Zulfiqar, Junaid Khan, Sonia Mishal and Sarwat Gillani will kick start tonight, i.e. 10th April 2018, every Tuesday at 8pm only on ARY Digital.

The drama revolves around a couple and the wife’s desire to have more in life. Junaid Khan plays a humble railway station employ while Mikaal Zulfiqar will play his rich, affluent friend who manages to woo his wife and propose marriage, while ignoring his own.

The play is directed by Shahid Shafaat and has been written by Maha Malik. The interesting fact  which is making us anxious to watch this serial all the more is that Mikaal for the first time, will be portraying a character with a negative shade to it. It is been quite a time that Mikaal has not done any play with ARY Digital as well. So through Khasara, Mikaal Zuliqar is making his come back of sorts on ARY Digital.

We’ve also seen Junaid Khan playing the rich, sophisticated young man in his plays but this tine, it will be a delight to watch Khan try something different and we’re sure he’ll nail this one as well. So yes, tune in to your screens tonight because the handsome hunks are all set to hit your television screens tonight at 8pm, only on ARY Digital.

Danish Nawaz gears up for his next directorial venture on HUM TV with Junaid and Aimen Khan!

tweet
Share on FacebookShare on TwitterShare on PinterestShare on Reddit
Rameeza NasimApril 10, 2018
the authorRameeza Nasim
Rameeza Nasim, a Paralian, passionate about poetry, drama and fiction. By giving drama critiques I feel like I am endorsing the writer's message to the audiences, I love my job. Being a critic responsibility lies on my shoulders to point out the flaws and shortcomings of the play be it on writer's , performers or director's end . I did my Masters in English Literature and Linguistics .
All posts byRameeza Nasim