Here is the complete list of winners for 'Kids' Choice Awards 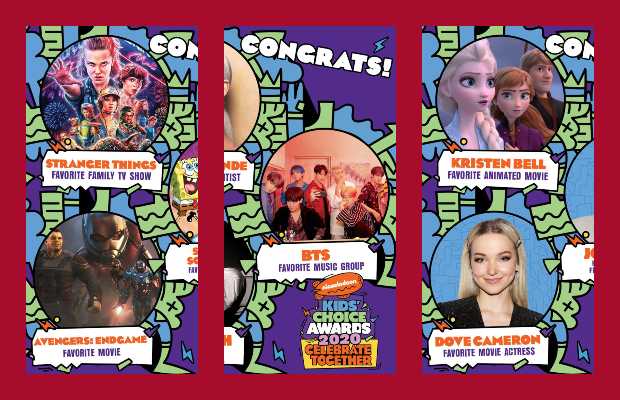 Owing to the decision to postpone the event due to the coronavirus crisis, the Nickelodeon’s Kids’ Choice Awards took place via a virtual show on Saturday night.

The event was originally scheduled to take place on March 22 in Los Angeles.

BTS won Favorite Music Group award and a video clip of the group accepting the award was shared during the virtual ceremony.

this one's dedicated to the BTS Army 🎶 congrats on your #KCA2020 win @BTS_twt! pic.twitter.com/zqxXUviyrM

The virtual show also made $1 million donations to No Kid Hungry, a national campaign to help end childhood hunger and support people affected by coronavirus crisis.