The series is expected to hit TV screens in September. 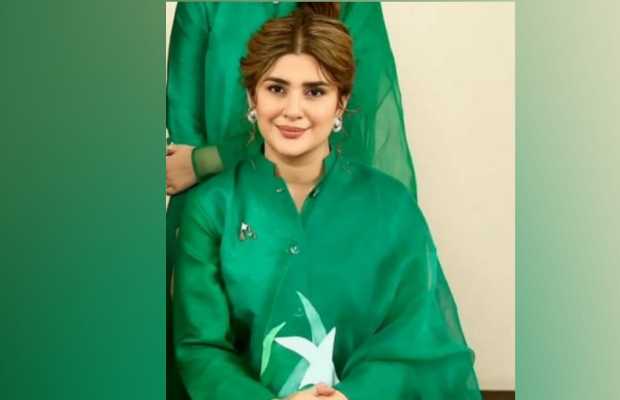 Kubra Khan spilled some beans on her character in the upcoming Sinf-e-Ahan in a recent interview.

The upcoming project is an ISPR associated drama is jointly produced by Next level Entertainment and Six Sigma Plus being directed by Nadeem Baig with the script penned by Umera Ahmed.

The upcoming drama was earlier reported to be about Female Cadets. And that’s what Kubra shared!

In the latest interview, Kubra talked about the special training the actors had to undergo for the series.

“I’m really excited for this upcoming project. I’ve actually started to love my character quite a bit,” Kubra said.

“I don’t know if people know this or not but when we are going to shoot for Sinf-e-Ahan we’re not only going to be shooting, we have a good chunk of a period where we’re going to be trained as cadets and proper training will be given to us. We have to learn shooting, the salute practice, and all of that”, the Alif star added.

“We are going to be actual cadets for the selected period of time. That’s what makes me happy and makes me love my work so much that I guess in any other profession I won’t be able to just go into the military and do whatever I’m doing in this project. I’m super excited about this project,” Kubra added.

The uber-talented cast is all set to come to our screens soon!