And fans were making comparisons with Madhuri’s iconic song from Devdas ‘Maar Dala’. 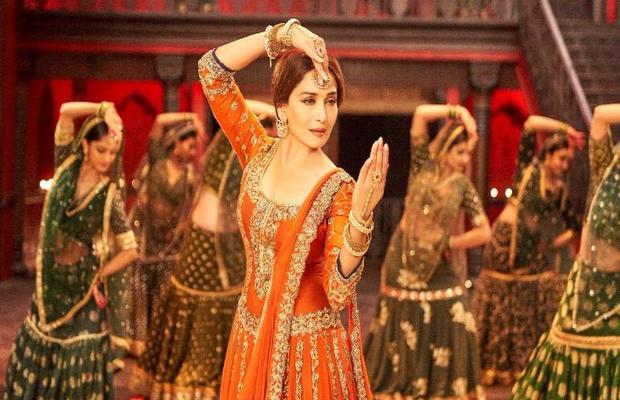 Films makers have released the song ‘Tabaah Ho Gaye’ of the much-anticipated film Kalank, featuring Madhuri Dixit in the character of Bahaar Begum.

Fans have been looking forward to getting a glimpse of her performance in this song as the ace duo of Madhuri Dixit and choreographer Saroj Khan reunited for this dance number, joined by choreographer-cum-director Remo D’Souza.

The dance number turns out to be a khatak performance, in which Bahaar Begum is singing of the sorrow of separation from the one she loves and trying to elaborate how devastating it has been while pulling off some kathat steps.

This song is composed by Pritam, with Amitabh Bhattacharya’s lyrics, while Shreya Ghoshal has sang this melancholic ballad.

Unfortunately, there is no new exciting element being offered, Tabaah Ho Gaye neither delivers in melody nor in choreography.

The choreography failed to impress for anything new and exciting, though the song is performed in a grand set we all have seen something like that when Madhuri played Chandramukhi in the iconic song Maar Dala from Devdas, and a few steps from another Madhuri’s film, Aaja Nachle.