Khan owns the trailer with her grace, beauty and her powerful performance 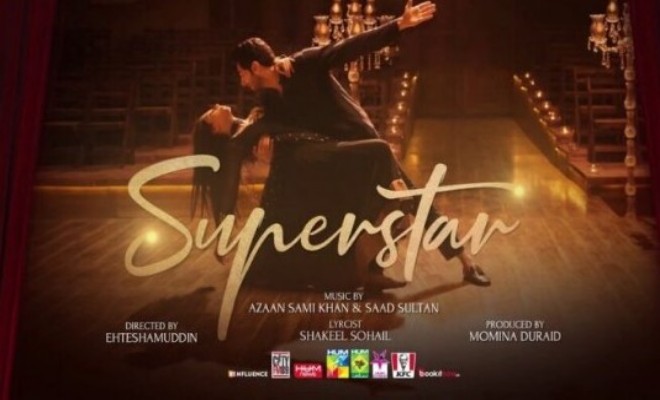 And so the trailer of the much awaited film Superstar finally dropped and we have to say, its a Mahira Khan film out and out. Mahira Khan as Noori, owns the trailer of Superstar, depicting the journey of an innocent theatre artist, struggling to make it big. Bilal Ashraf, as Sameer, is a superstar.

Fate somehow brings Noori and Sameer together and their worlds intertwine bringing across a love story that challenges them and brings out their passions. Together, they’re beautiful, apart, they’re destructive. Although the trailer doesn’t give out much about the film, it certainly manages to grab attentions and hook the audience. Exactly what is needed from a film’s trailer.

Superstar has been directed by Ehteshamuddin with screenplay and music by Azaan Sami Khan. We’ve already listened to one song and become entirely impressed. The hints we get in the trailer also boast about incredible music, that’s bound to top charts.