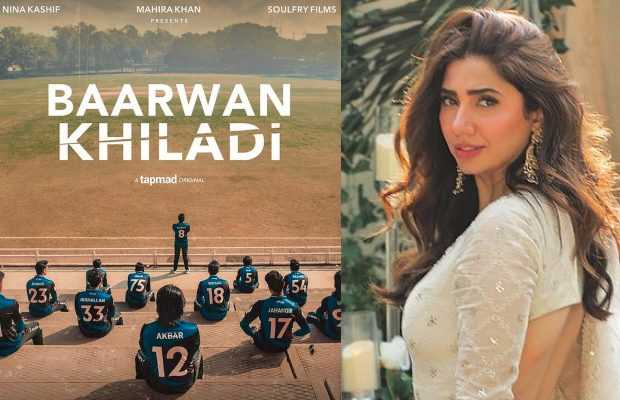 Mahira Khan, a Pakistani popular actress, and model will be making her debut as a producer.

Raees star on Monday in a social media post revealed her first project as a producer is a web series titled Baarwaan Khiladi.

Introducing Baarwaan Khiladi, Mahira in an Instagram post said: A coming of age story set against the backdrop of the OG of all games – Cricket. A story about friendships, relationships, unity, failure, success, love, and courage. A small peak into a labour of love and hard work.. from all of us to all of you..”

She also tagged singer Danyal Zafar and Youtuber Shahveer in the post, saying, “Let’s get this party started boys.”

Earlier sharing the logo of her production company named SoulFry Films, Mahira wrote: “There is a story behind everything and I live for stories – hearing them and telling them,”

“I’m nervous and excited to share with all of you my first venture into production. I would have no one better to be my co-pilot in this trip with me other than Nina Kashif,” she added.

tweet
Share on FacebookShare on TwitterShare on PinterestShare on Reddit
Saman SiddiquiFebruary 1, 2021
the authorSaman Siddiqui
Saman Siddiqui, A freelance journalist with a Master’s Degree in Mass Communication and MS in Peace and Conflict Studies. Associated with the media industry since 2006. Experience in various capacities including Program Host, Researcher, News Producer, Documentary Making, Voice Over, Content Writing Copy Editing, and Blogging, and currently associated with OyeYeah since 2018, working as an Editor.
All posts bySaman Siddiqui