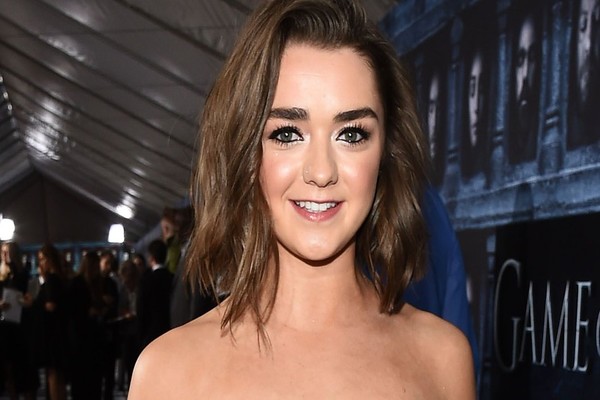 While everyone around the world is waiting for the final season of the Game of Thrones final season to go on air, we came to know that Maisie Williams better known as Arya Stark has officially landed with a new job.

As being reported, she has joined up with Doctor Who vet David Tennant and other big names for Rooster Teeth’s new animated sci-fi TV name gen:LOCK.

The animated world of gen:LOCK is set in a dystopian future, where rival groups solve their conflicts through giant human-controlled ‘mechs’ fighting each other.

According to media reports Maisie Williams will voice the character of a Scottish “mischievous hacker”, with the name of Cammie MacCloud, who is mischievous and energetic. She is going to be the youngest member of the gen:LOCK team.
The cast for the series already includes big names like Michael B. Jordan, who will voice the lead character Julian Chase and David Tennant will be Dr. Rufus Weller, who is a scientist for the Experimental Science Unit and the inventor of the gen:LOCK technology.

The series also has Dakota Fanning who will be voicing Miranda Worth, a mech pilot, and Kōichi Yamadera as one of the new recruits, her character is about a person, having just transferred from Japan’s military forces to fight alongside the others.

Gen:LOCK is set to premiere on Rooster Teeth and online outlets in January 2019.

tweet
Share on FacebookShare on TwitterShare on PinterestShare on Reddit
Saman SiddiquiSeptember 18, 2018
the authorSaman Siddiqui
Saman Siddiqui, A freelance journalist with a Master’s Degree in Mass Communication and MS in Peace and Conflict Studies. Associated with the media industry since 2006. Experience in various capacities including Program Host, Researcher, News Producer, Documentary Making, Voice Over, Content Writing Copy Editing, and Blogging, and currently associated with OyeYeah since 2018, working as an Editor.
All posts bySaman Siddiqui