Now how's that for a president of the United States? 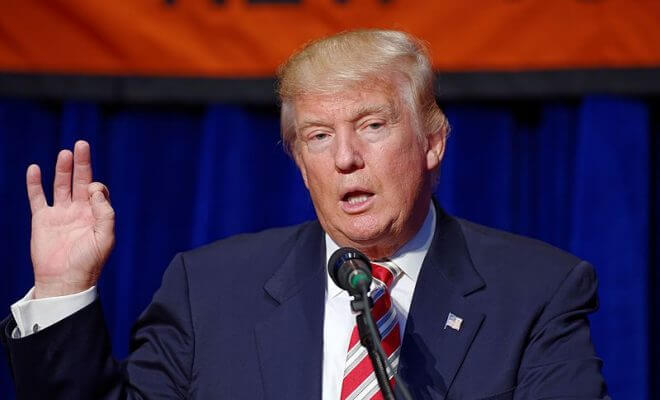 Donald Trump loves making headlines and perhaps its his evident hunger for fame that he often ends up making a fool of himself on national television and of course around the world. This time, Trump’s major blunder is believing Pakistan is a Middle Eastern state!

It was during a border patrol meeting with officials that Trump ended up implying that Pakistan might be located in the Middle East.

During the meeting, a border official from South Texas told Trump that officials had apprehended two Pakistanis at the border on Wednesday.

“Yesterday we had 450 apprehensions, Mr President. Out of that, 133 from countries other than the Central American countries and Mexico. India, we apprehended some Pakistanis, some from Romania, on and on and on,” the border official told Trump.

“How many Pakistanis?” Trump asked. “Two yesterday,” the border official replied. “So far this sector has apprehended folks from 41 different countries. Just yesterday we apprehended 133 people from countries other than Central America and Mexico. That includes individuals from India, China, Pakistan, Romania, Ecuador, Nicaragua, on and on and on,” said the guard addressing the camera.

“So they apprehended people from the Middle East and they do it all the time,” Trump said as a reply. As it appears, the president of the US, does not know that not even one of the countries listed by the border guard were in the Middle East.

Watch the video here to see Trump implying Pakistan being in the M.E.