Gul Makai accounts the courageous journey and struggle of Malala. 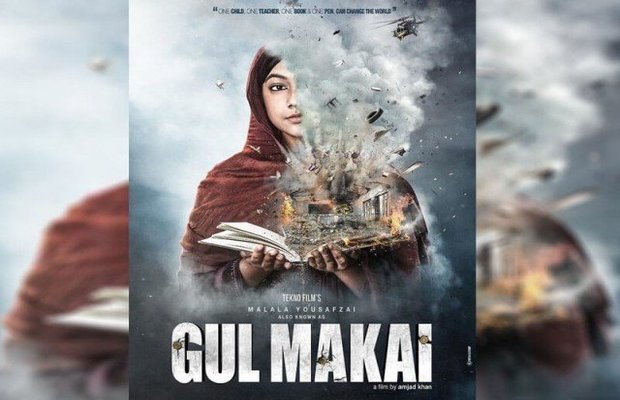 Gul Makai, the biopic on Malala Yousafzai is all set to release on January 31, 2020. Everyone has been eager to find out more about the biopic ever since its filming began in 2017.

The biopic is directed by Amjad Khan and features Reem Shaikh as Malala, Divya Dutta, Atul Kulkarni, Mukesh Rishi, Pankaj Tripathi, and others.

Reportedly, the film has been majorly shot at various locations of Kashmir, to showcase the then socio-political atmosphere of Pakistan.

According to the film’s official synopsis, “Gul Makai accounts for the courageous journey and struggle of Malala, from her humble upbringing in the Swat Valley to her becoming the champion for free education to all.”

It further adds, “Gul Makai is a small tribute to this lion-hearted girl who is in every essence a global citizen championing a cause that transcends boundaries, caste, religion, and geography.”

tweet
Share on FacebookShare on TwitterShare on PinterestShare on Reddit
Saman SiddiquiDecember 28, 2019
the authorSaman Siddiqui
Saman Siddiqui, A freelance journalist with a Master’s Degree in Mass Communication and MS in Peace and Conflict Studies. Associated with the media industry since 2006. Experience in various capacities including Program Host, Researcher, News Producer, Documentary Making, Voice Over, Content Writing Copy Editing, and Blogging, and currently associated with OyeYeah since 2018, working as an Editor.
All posts bySaman Siddiqui