The newly leaked title also hints at the official return of the main character in the series: Neo. 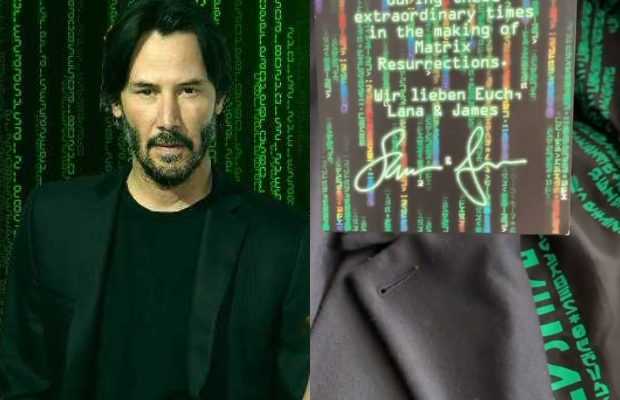 The title of Matrix 4, the much anticipated Keanu Reeves’s fourth outing in the franchise is reportedly leaked online.

Despite releasing this year, the official title of Matrix 4 is not revealed yet or it hasn’t received any so for.

The details related to the film are kept under the carpet, and just a couple of photos of the lead cast from the shoot were revealed a few months ago. So we have no idea in what direction the story might be heading and how the story of Neo will continue.

But in a sudden turn of events on late Saturday night, a Reddit user pointed out what could apparently be a “leaked title” for the upcoming film, following the film’s “wrap”.

It reveals that the film’s name will be Matrix: Resurrections.

As being reported, the title was accidentally leaked online when the production wrap gifts were shared on Instagram.

The post showed off a wrapped gift from the studio/Lana for working on the upcoming film.

It seems to be a suit coat with Matrix code on the inner lining and a thank you card bearing the subtitle. 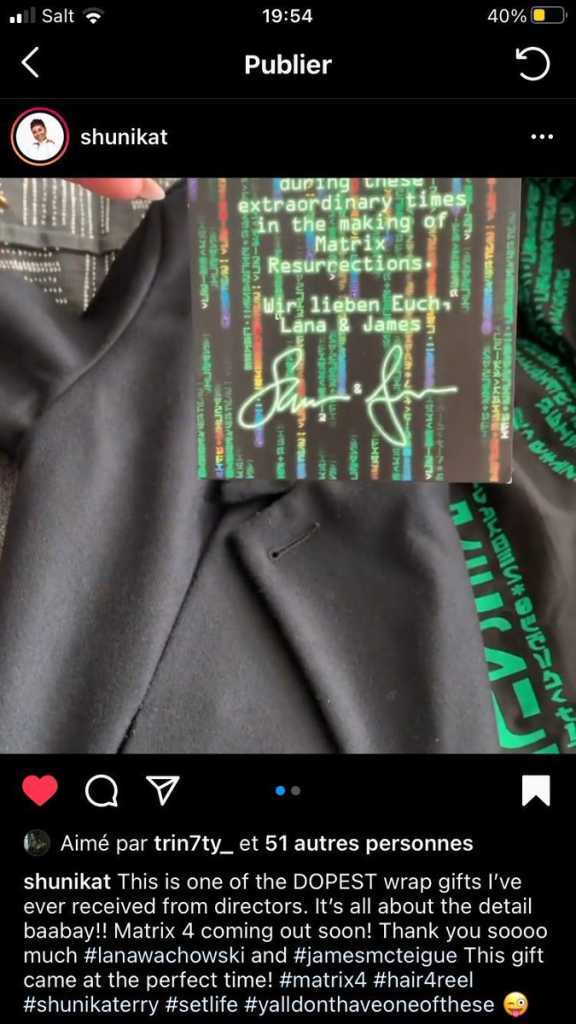 According to Reddit user vesuveusmxo, the post in question came from somebody who worked on the film, and received a thank you letter from Wachowski after the movie had “wrapped”.

The thanks were given “during these extraordinary times” and came from Lana and James McTeigue – assistant director. 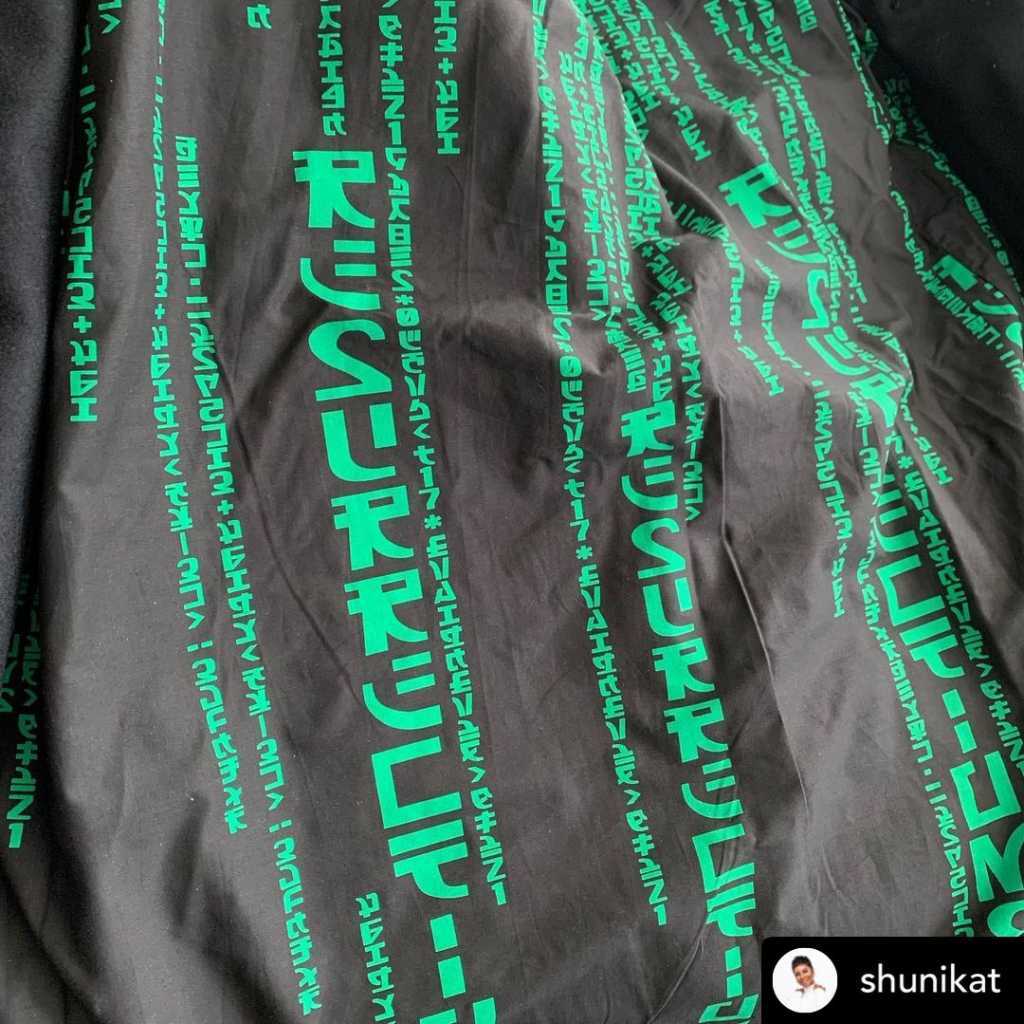 And also hints at the official return of the main character in the series: Neo.

Keeping the earlier titles of the Matrix franchise in view, the last two sequels were named Reloaded and Revolutions.

Well, if we would get a similar naming scheme from the last two sequels, Matrix: Resurrection could be the title of the upcoming film.

Though we do have to wait for the official confirmation.

Many of the actors are also set to return from the original trilogy, which includes Keanu Reeves, Carrie-Anne Moss, and Jada Pinkett Smith. While Lana Wachowski has also returned to direct, write and produce the series.

Matrix 4  is currently scheduled to release in December this year. But owing to the pandemic a number of films’ releases have been moved ahead.