He has played charmingly awkward (and genius!) Dr. Spencer Reid since 2005 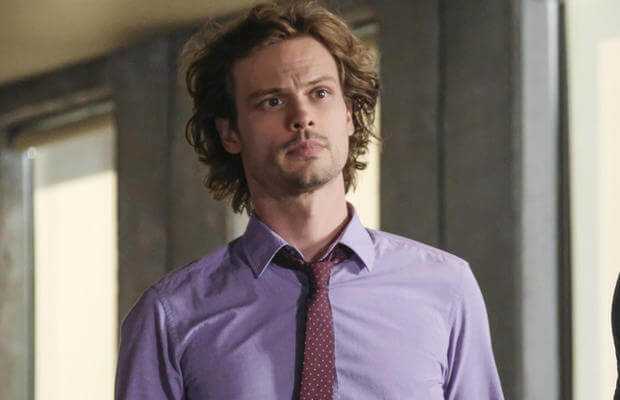 It was on Thursday when CBS’s long-running crime drama since 2005 concluded with an emotional, thrilling series finale.

Actor Matthew Gray Gubler, who has played charmingly awkward (and genius!) Dr. Spencer Reid for the last 15 years, bids farewell to the series in a most heartfelt way.

With 15 years of association with the show, there is an obvious attachment to the things associated with it.

On Instagram, Gubler shared a photo showing his character’s FBI ID badge, wristwatch, and revolver, with a caption saying:

“I’ve carried these 3 props with me almost every day for the last 15 years. after tonight I’ll just carry them in my heart where I will forever keep memories of the best crew, the best cast, and the best fands (fans/friends) a fictional crimefighter could ever have.

“My view of the very last shot of Criminal Minds ever recorded,” he wrote on his Instagram Story, showing a room full of excited crew members. “one of my most cherished memories ever.” 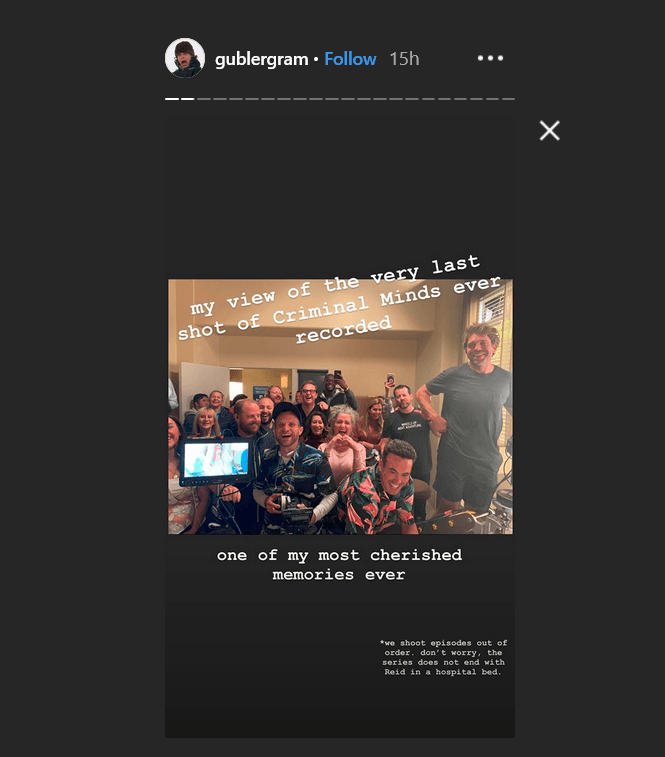 “Thank you to everyone who has been a part of this family by being behind the camera, in front of the camera, or by watching the camera from home,” he captioned a group photo while sharing it on his Insta story. “I love you all so much ❤️ , Matthew.” 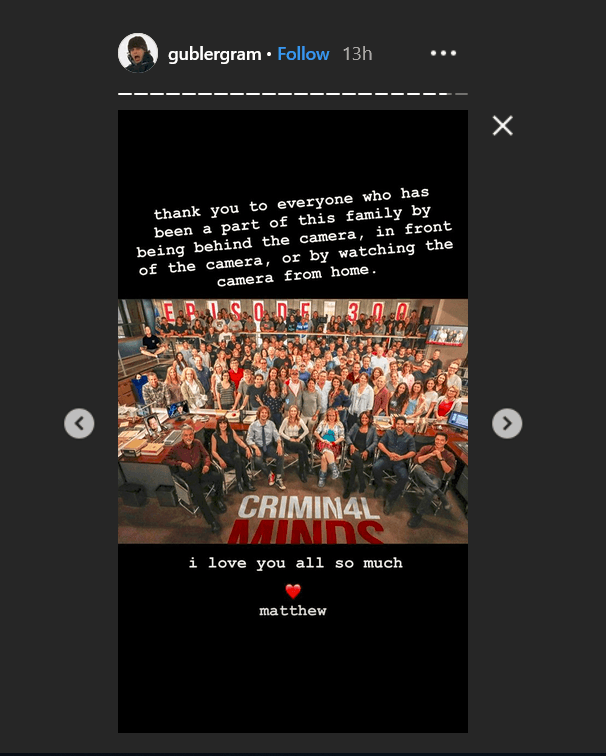