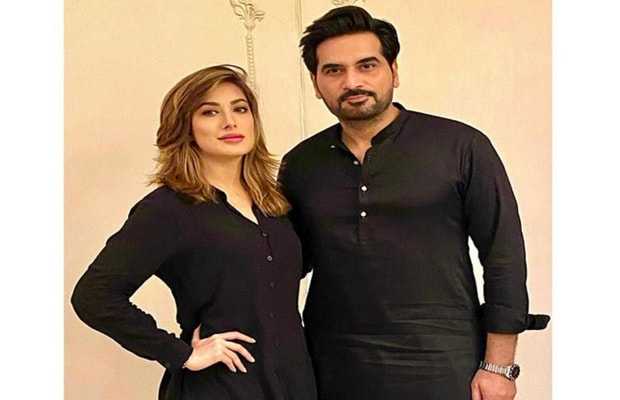 2016 romantic drama Dil Lagi that went on air on ARY Digital is currently having a rerun and its main leads Mehwish Hayat and Humayun Saeed are sharing some gorgeous throwback photographs from the set. First up was Mehwish who took to Instagram and shared a picture of herself with Humayun, both twinning in black outfits.

‘Dil Lagi is on repeat’ ‘who wants a sequel’, Mehwish captioned alongside the picture. While fans responded heavily to the actress, her fellow actor Humayun too had a funny comment.

In turn he too shared a picture of himself with Mehwish from the same day, where both are grinning ear to ear together.

“I like this photo better!” Mehwish said with a huge emoji. 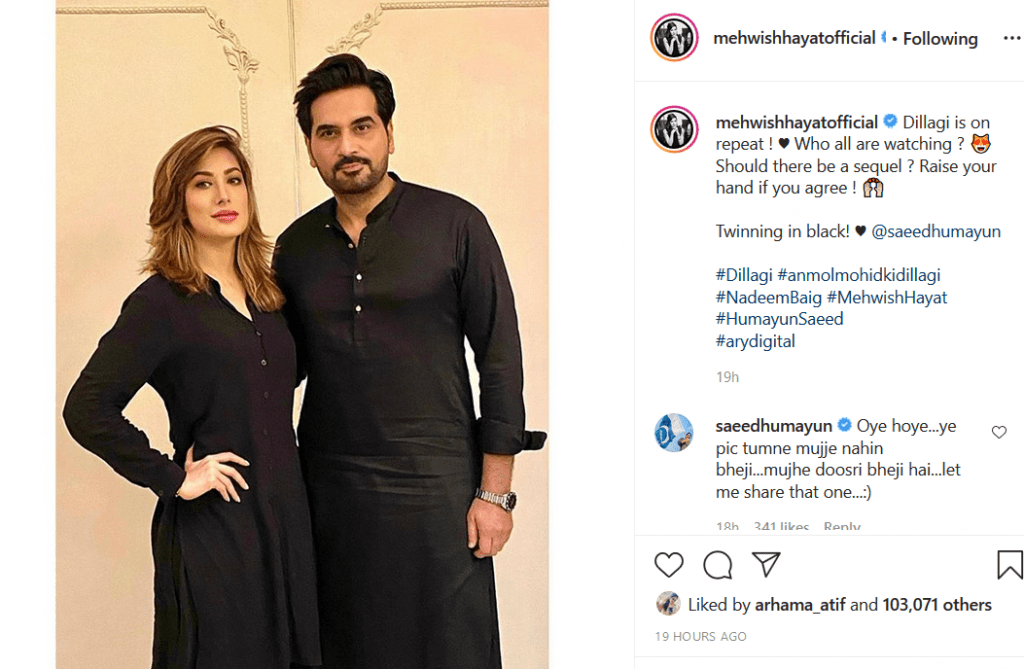 Humayun also had a similar caption to that of his co-star. ‘As Mehwish said Dil Lagi is on repeat, who has watched it? If you haven’t, watch it till London Nahi Jaunga comes out,” the actor said of his next project with Mehwish.