From best writer, director to actor and actress – in both viewers’ and critics’ choice categories, the most watched drama took home at least 7 awards. 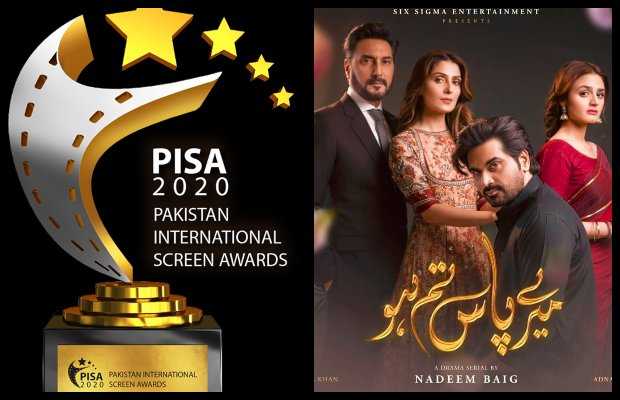 From best writer, director to actor and actress – in both viewers’ and critics’ choice categories, the most-watched drama took home at least 7 awards.

Here check out the awards the popular TV drama has won in various categories:

Hira Mani who also played a key role in Meray Paas Tum Ho, enthralled the audience by singing the Original Sound Track (OST) of the drama at the first of its kind Award gala.

Directed by Six Sigma Production, Meray Paas Tum Ho gained tremendous fame among drama viewers and turned out to be a massive hit. In a rare and special move, its finale was screened in all major cinemas across Pakistan on January 25. The drama starred Ayeza Khan, Humayun Saeed, Hira Mani and Adnan Siddiqui in lead roles.