‘Mere Gully Mein’ another electrifying track of ‘Gully Boy’ is out! 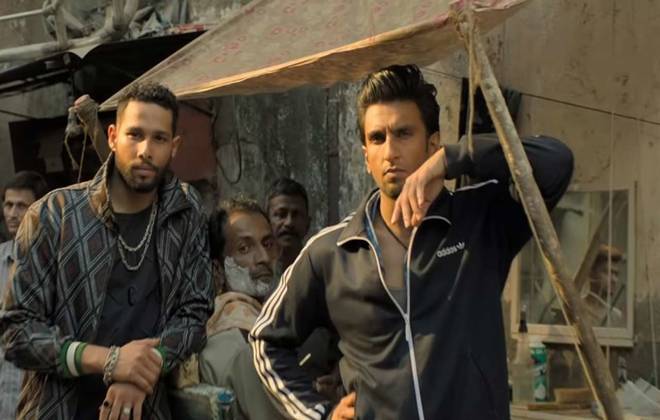 After the tease of Asli Hip Hop and the chartbuster Apna Time Aayega, Mere Gully Mein is another winner song released by the filmmakers from the upcoming film ‘Gully Boy’.

The song right from the beat is choreographed beautifully showcasing the rap battle. Altogether the vibe, the video, as well as the song, everything is perfect for a chartbuster number.

And finally, It’s good to see some original songs coming out in Bollywood as there prevails a trend of remixes and rehashed tracks.

The upcoming musical drama is based on the real life of street rappers Vivian Fernandes aka Divine and Naved Shaikh aka Naezy who are known for their song Mere Gully Mein. Ranveer will be seen playing the role of an underground rapper who beats all the odds to become famous in the flick.