Midsummer Chaos comes to an end; But what was that all about?

A plot twist that made no sense but also tied up the whole web series. 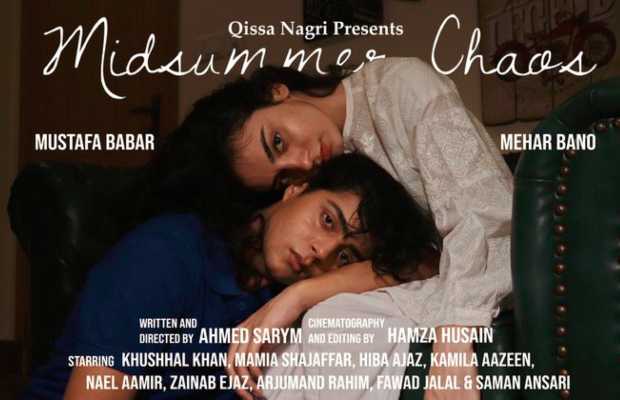 Midsummer Chaos comes to an end; But what was that all about? that’s what the viewers have been thinking scratching their heads.

The mini web series left the netizens looking for answers with the chaotic end.

A loose end story, a sudden twist in the plot was not what we had expected to see when there is such a tough competition in the entertainment world. However, the plot twist made no sense but also tied up the whole web series.

For those who still have no idea what is it all about, it is a  coming of age web series about a group of teenagers in Islamabad, available on the Qissa Nagri YouTube channel.

For those who could bear to watch let’s have a quick overview of Midsummer Chaos.

Maybe the makers were quite impressed with the US teen TV shows and tried to squeeze the formula for the local audiences. What you find is a group of teenagers who are in their summer before college and so far each has their own set of challenges.

The chaos looms around an attractive male lead with a mysterious backstory, dramatic parties, and troubled romantic relationships belonging to Islamabad elite with money and a well-connected social circle. However, that doesn’t sit well with the audiences at least for us!

There comes Sameer who has an absent father, Kaira has moved to Pakistan from Canada after her parents got divorced, Alynah is struggling with her identity, while Haris has a turbulent romantic relationship with Alynah.

As soon as the last episode was out it instantly became the centre of memes and tweets poking fun at it.

Check out a few epic reaction from social media users:

me trying to finish my syllabus one day before the exam #midsummerchaos pic.twitter.com/PSvCzKEf7o

The only good thing in the whole webseries are these shots of Islamabad. #midsummerchaos pic.twitter.com/sxSpZfp8I7

they started so many storylines and ended none of them #midsummerchaos

Islamabad is so small, that you end up sharing father with your best friend.#midsummerchaos