Minal and Ahsan have signed the contract for an upcoming project. 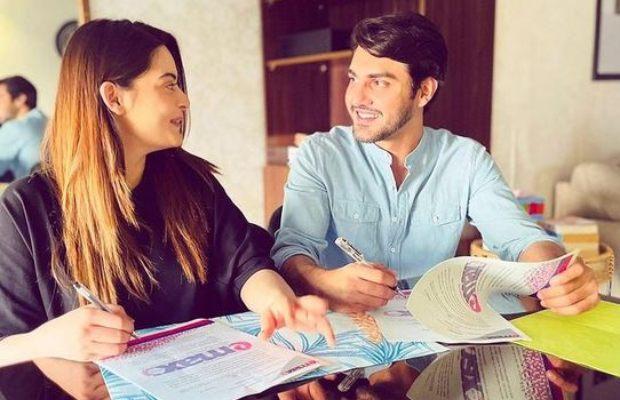 Minal Khan and Ahsan Mohsin Ikram have been roped in for Urduflix’s original project!

The popular celebrity will be sharing the screen together for the first time after getting married.

As being reported, Minal and Ahsan have signed the contract for an upcoming original project.

While details regarding the new project are being kept under the carpet, for the time being, it is reported that the original series will be shot internationally.

A photo showing the couple singing the deal is now doing rounds on social media.

While sharing the same photo, Minal and Akram on their respective Instagram accounts said, “I’m really excited to join hands with Urduflix for an exclusive Urduflix original project to be shot internationally. Something we have not done before.”

“Will keep you guys posted with the details and the reveal,” the couple added.

It is pertinent to mention here that both have starred together in the 2017 drama Parchayee.