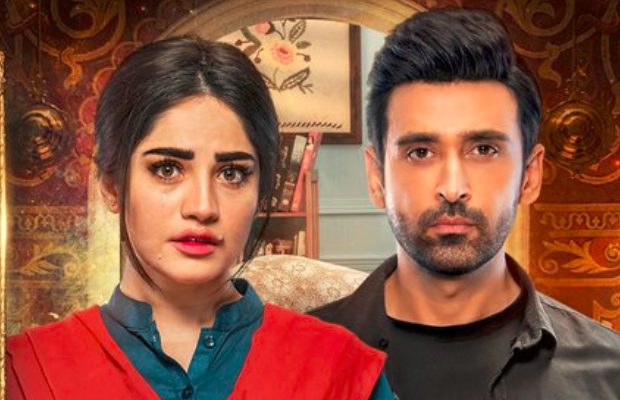 You know what it is all about if you are regularly watching the serial if not this teaser will blow off your mind for sure.

Here is why fans are not happy with the shocking plot twist in the recent episodes 18 and 19 of the Geo Entertainment drama serial.

The drama serial Mohabbat Daagh Ki Soorat is written by Saira Raza and is based on a novel of the same name. Having the star cast Neelam Muneer, Sami Khan, Arez Ahmad, Kinza Malik, Rashid Farooqi, and Syed Jibran.

But the question is are such topics suitable for prime time dramas?

The lead Shijrat played by Neelum turns out the be four months pregnant after her Nikkah with Sanan (played by  Sami Khan) while Rukhsati is still due!

These prime-time dramas are sending us into cultural shock and in midst of the rating war, the drama writers and production houses have forgotten they still need to carry some moral and social responsibility.

Opting for such bold topics for dramas where there exist no age restrictions for younger audiences is something quite dangerous for society. But maybe that’s what only we think not the drama industry.

Will Shijrat be able to redeem her reputation?  asks the channel sharing the latest trailer for an upcoming episode.


If you are not following this drama just check these few teasers:

And now have a look at what drama fans are saying about Mohabbat Daagh Ki Soorat:

Would you be watching such dramas sitting along with family and especially with young ones at home?