The fast bowler on Friday said he thinks Turkish actor  Cavit Cetin Guner, who plays a key role in "Dirilis: Ertugrul", has a striking resemblance to Indian cricketer Virat Kohli. 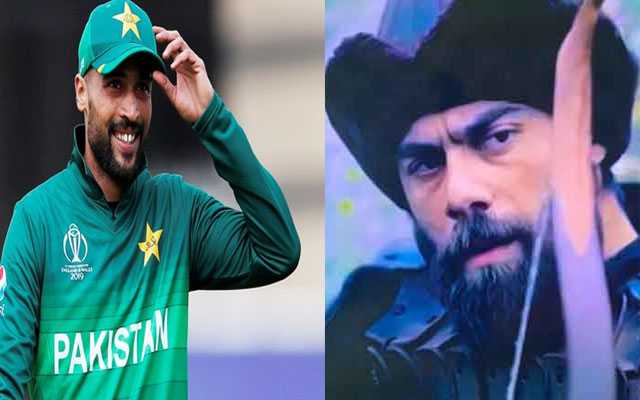 Mohammad Amir has turned out to be a fan of mega-hit Turkish series “Dirilis: Ertugrul”.

The fast bowler on Friday said he thinks Turkish actor Cavit Cetin Guner, who plays a key role of Doğan Alp, in “Dirilis: Ertugrul”, has a striking resemblance to Indian cricketer Virat Kohli.

Amir took to Twitter to share an image of Guner’s character from the popular series he is watching and called him the doppelganger of Kohli.

“@imVkohli brother is it you m confused,” Amir captioned the post.

@imVkohli brother is it you m confused 😂 pic.twitter.com/kbwn31yjT6

Dirilis: Ertugrul is being aired by Pakistan Television (PTV) on the directives of Prime Minister Imran Khan.