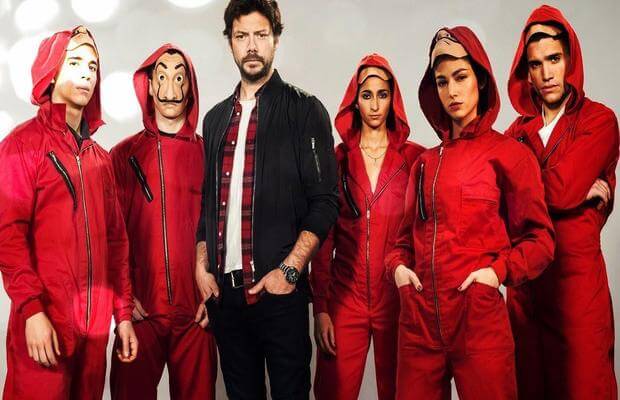 Fans are eagerly waiting for the new season of Netflix’s hit series Money Heist. Though it’s not officially confirmed yet.

However, the actors of the series are hinting at the release date of Season 4.

The lead actor, Úrsula Corberó, has revealed earlier that the gang will be facing many difficulties in the bank. “There is an enemy inside, but it’s better than last season.” She added that fans would not be disappointed, in a recent interview.

And what actually will delight the Money Heist fans, is what actor Rodrigo De La Serna has shared.

Produced and created by Alex Pina, the series was first aired on Spanish network Antennas 3 in May 2017. Later, Netflix received its broadcast rights and it was available worldwide.

Since then the show has become an international favourite.  The second season of the series came out in October 2017 and the third season in July 2019.

And now fans eagerly wait for its fourth season!