Netflix has revealed the release date for the final season of the series Money Heist. 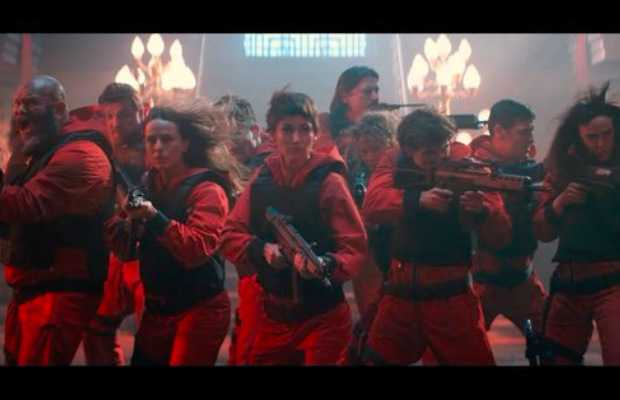 Good news for Money Heist fans, season 5 of the much anticipated Spanish series originally known as La Casa de Papel will be arriving this year in September.

Netflix surprised fans by releasing an explosive teaser of Season 5 which will air in two parts.

The fourth season of the show ended on a rather emotional note with Alba Flores’ character of Nairobi bidding adieu to show.

The fans felt that the conclusion left several loose threads and expect the new and final season to begin with.

The creator of the series, Álex Pina talking about the final season, said, “When we began to write Part 5 in the midst of the pandemic, we felt that we had to change what was expected from the ten-episode season and used every tool we could to create the sensation of a season finale or series finale in the first volume itself. We decided to work in an extremely aggressive genre, putting The Gang on the ropes. In volume 2, we focus more on the emotional situation of the characters. It is a journey across their sentimental map that connects us directly to their departure.”

The  final season will star, Ursula Corbero as Tokyo and Alvaro Morte as The Professor, and also actors Itziar Ituño, Miguel Herrán, Jaime Lorente, Esther Acebo, Darko Peric, and Enrique Arce who will be returning for the show.

tweet
Share on FacebookShare on TwitterShare on PinterestShare on Reddit
Saman SiddiquiMay 24, 2021
the authorSaman Siddiqui
Saman Siddiqui, A freelance journalist with a Master’s Degree in Mass Communication and MS in Peace and Conflict Studies. Associated with the media industry since 2006. Experience in various capacities including Program Host, Researcher, News Producer, Documentary Making, Voice Over, Content Writing Copy Editing, and Blogging, and currently associated with OyeYeah since 2018, working as an Editor.
All posts bySaman Siddiqui