Season 4 saw quite a gruesome moment and fans think it could have been avoided, only if... 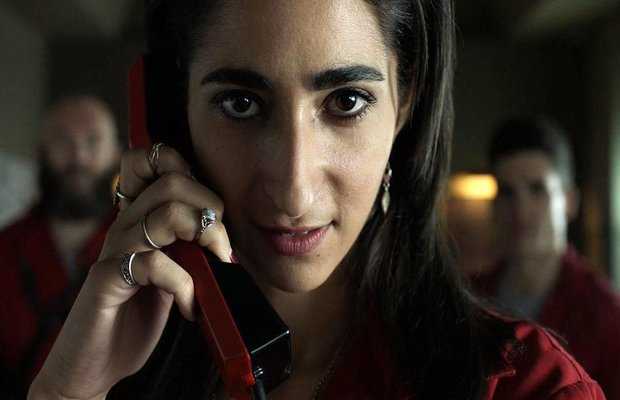 Money Heist Season 4 just dropped in last weekend and like any true fan you might have already binge-watched the whole eight episodes. But in case you haven’t, now is the time to stop reading.

So season 3 ended on Nairobi (Alba Flores) getting shot in the stomach by the police sniper and while we may have cried a little (too much) at the time, season 4’s trailer gave it away that the gang members saved her life. It was all happy for us Nairobi fans when with the help of a PAKISTANI SURGEON Nairobi was saved by her friends and was seen to be recovering as season 4 progressed.

However, things went south – or below that – when Gandia played by José Manuel Poga in his attempt to sabotage the gang, kills Nairobi by shooting her in the head. This was the end of it for all of us and Nairobi who honestly was the most hardworking, smart and loyal gang member.

Soon after the dust settled and fans got over the shock, fans have now come up with a theory of how Nairobi’s life could have been saved, had it not been for gang’s policy of “not surrendering”.

This time around the first episode saw Nairobi about to get operated for the bullet and she like any sane person did not want to get under the knife by a group of amateurs. She pleaded the gang to give her up to police who could get her medical treatment.

“If they turned Nairobi into the police for her surgery, she’d still be alive right now,” a fan raised point on social media.

“Then maybe the Professor can get her back or have her help from the outside. Killing Nairobi is so brutal, it hurts so much!” said another fan on social media who rightly pointed how alive Nairobi in jail could have been better than a dead one.

Many lamented how the Professor did so much to save his lady love Lisbon (Racquel Murrilo) from the police and half of the effort could have been made to get Nairobi back too. But alas, it didn’t happen and the makers of the series killed Nairobi and our hopes alongside.

While season 4 has ended on quite a huge cliffhanger and fans await the next season with anticipation, there’s another concern among the viewers. As Spain has become one of the worst-hit countries from Coronavirus, fans are worried if the filming and production halt could result in a delay in season 5 release. That, only time can tell.