The incident from Sri Lanka become viral on the internet 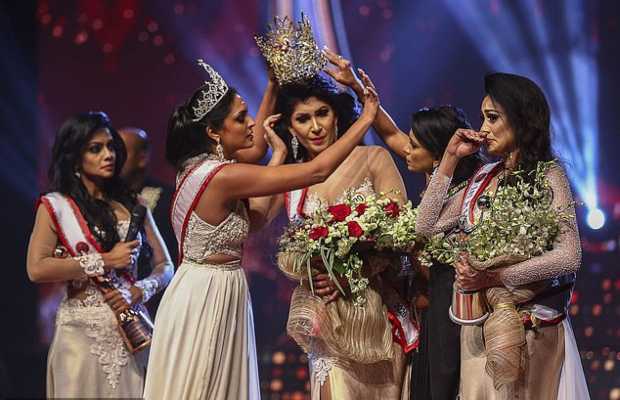 Mrs. World has been arrested over the charges of assaulting new Mrs. Sri Lanka, it emerges on Thursday.

It was a few days ago when the incident from Sri Lanka become viral on the internet. It was witnessed by stunned spectators in a packed theatre as well as a live social media audience.

The world saw Mrs. World yanking the crown from the new Mrs. Sri Lanka’s head while claiming that she should not have won the pageant because she was divorced.

But Caroline Jurie, 28, who won the crown in 2019 and is the current Mrs. World, all of a sudden snatched the crown from her head in the bizarre act of intervention on the stage.

The event was also broadcast on national TV on Sunday.

However, The prize was returned to Ms. De Silva after the event organizers confirmed that she is not a divorcee.

As per media reports, De Silva was left with head injuries and needed hospital treatment after the incident.

#MrsSriLanka 👸 – A tense situation reported last night at the Mrs. Sri Lanka pageant with the crown being removed from the winner saying the winner was not married and that she was divorced.https://t.co/DjTXydrzQQ pic.twitter.com/aRB4mQAHR3 #LKA #SriLanka