'Ki Jana' was submitted to the festival under the title 'Red - The Colour of Love". 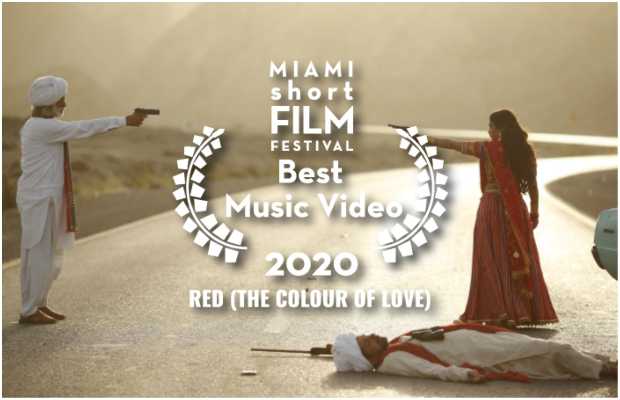 ‘Ki Jana’ a narrative-based video, featuring Sonya Hussyn and Mohsin Abbas Haider was submitted to the festival under the title ‘Red – The Colour of Love”.

Congrats to the team @fizza999 pic.twitter.com/8AK3dBsASR

Being a virtual event, Nabeel Qureshi also gave his acceptance speech online after the announcement of being the winner.

Nabeel Qureshi said,  “Thank you so much, it is very humbling. I am grateful to my team who participated in the realization of this award. Also, thanks to the jury of the Miami Film Festival.”

“It is amazing how filmmaking can be the sharing bridge between nations, people, and stories such as ‘Red’, “he added.

MIAMIsFF 2020  is being held online, on Facebook, from November 16 to 23. The festival is featuring over 70 short films and other content.

The music video ‘Ki Jana’ has been nominated for the music video category of two award shows including Miami Short Film Festival and Bucharest Film Awards.