“Naulakha” a drama based on greed, lust for heritage and a love triangle

A 7th Sky Entertainment production, "Naulakha" will go on-air on TV One 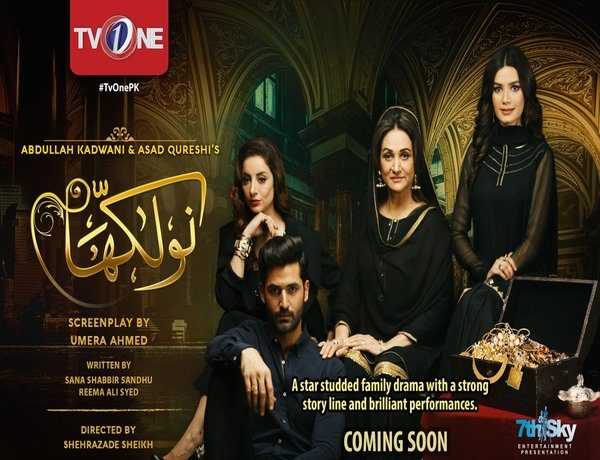 A new drama serial is about to start on TV One very soon. Named “Naulakha”, athe inspiration for this series comes from the Mughal Dynasty’s famous Naulakha necklace. Talking exclusively with OY, Sana Shabbir Sandhu, the co-writer of this upcoming drama serial told us how interesting this new serial is going to be.

The concept for the screen play is provided by none other than, Umaira Ahmed, who has epic serials like “MeriZaat Zara e Benishan’’, “Shehr-e-Zaat”, “Doraha”, “Daam”, “MairatulUroos” and many more on her credit and the co-writers have created this upcoming masterpiece, “I can’t tell you whole story but can only share highlights”, says the co-writer of “Naulakha” Sana Shabbir.
“It is a story based on greed, lust for heritage “Naulakha” and a love triangle between cousins.

The whole story will be revolving around the possession of a Naulakha necklace. Bushra Ansari will be seen in the very important character of Noor Jahan, Sarwat Gillani and Kiran Haq will be seen playing the cousins who happen to fall in love with their cousin at the same time. Mirza Zain Baig is playing the character of Sabeel, whose wife will inherit the Naulakha necklace. Who marries who and who inherits the precious Naulakha necklace will be revealed when you will watch the series”, reveals Sana Shabbir to OY.

The on air date for Naulakha will be announced soon and it seems, this one will certainly be the one to grab’s audience attention due to its rather different story.

tweet
Share on FacebookShare on TwitterShare on PinterestShare on Reddit
Saman SiddiquiJuly 28, 2018
the authorSaman Siddiqui
Saman Siddiqui, A freelance journalist with a Master’s Degree in Mass Communication and MS in Peace and Conflict Studies. Associated with the media industry since 2006. Experience in various capacities including Program Host, Researcher, News Producer, Documentary Making, Voice Over, Content Writing Copy Editing, and Blogging, and currently associated with OyeYeah since 2018, working as an Editor.
All posts bySaman Siddiqui