Series will be available on Netflix on 30th of November. 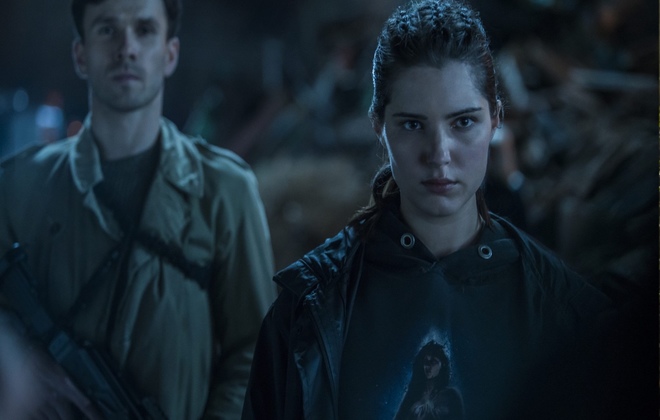 Netflix has released the first trailer for the upcoming thriller series 1983. The series based on the story of a polish spy that follows “a group of rebels in search of the truth behind a deadly secret”. The story plot is set in an alternate history where the Iron Curtain never fell.

From trailer, the series seems to be an intense thriller. and if you are a spy stories fan this might be just for you. It is directed by Academy Award-nominee Agnieszka Holland and Kasia Adamik. It is shot in various cities and regions in Poland.

The 8-episode season of “1983” will be available in the streaming site Netflix on 30th of November.

According to the official synopsis:

Following in the great tradition of Cold War spy thrillers, this alternative history series takes place in a world where the Iron Curtain never fell. Now, in 2002, twenty years after a devastating terrorist attack in 1982 that halted the course of Poland’s liberation and the subsequent downfall of the Soviet Union, an idealistic law student and a disgraced police investigator stumble upon a conspiracy that has kept the Iron Curtain standing and Poland living under a repressive police state.

After two decades of peace and prosperity, the leaders of the regime enact a secret plan that was made with an unlikely adversary in the 1980s that will radically transform Poland and affect the lives of every citizen in the nation, and the world. What these two men discover has the potential to ignite a popular revolution and those in power will stop at nothing to keep it a secret.

tweet
Share on FacebookShare on TwitterShare on PinterestShare on Reddit
Saman SiddiquiNovember 9, 2018
the authorSaman Siddiqui
Saman Siddiqui, A freelance journalist with a Master’s Degree in Mass Communication and MS in Peace and Conflict Studies. Associated with the media industry since 2006. Experience in various capacities including Program Host, Researcher, News Producer, Documentary Making, Voice Over, Content Writing Copy Editing, and Blogging, and currently associated with OyeYeah since 2018, working as an Editor.
All posts bySaman Siddiqui