The gang is back and facing new challenges in season three! 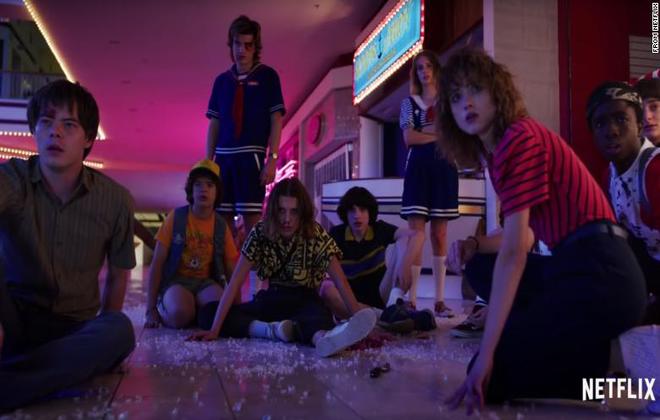 The streaming giant Netflix has shared the first official trailer for Stranger Things season 3, featuring the gang back in action again.

The three-minute duration trailer was released with the tag line, “One summer can change everything”, which kicks off with homecoming party for Dustin with Motley Crue’s power ballad Home Sweet Home playing in the background.

The new season takes place partly over July 4, 1985. It also gives the glimpses of a menacing gunman, a huge, insect-like beast and several characters looking freaked out by something happening off-screen. As Mike, played by Finn Wolfhard, puts it in the trailer that “We’re not kids anymore.”

“Stranger Things” premiered in 2016 and became one of Netflix’s most acclaimed series. Inspired partly by such ’80s hits as “E.T.” and “The Goonies”. Series revolves around the lives of four adolescent boys and their friends in Hawkins. A good portion of the show follows their adventures in another realm called the Upside Down.

There has been an addition of the new cast members for the season which include Maya Hawke as a mysterious “alternative girl”; Francesca Reale as Heather, a pool lifeguard; Jake Busey as Bruce, a journalist with questionable morals and Cary Elwes as Hawkins’ Mayor Kline.

Season 3 will make its premiere at the streaming site on July 4th.