Asking it to delete the offensive scenes and derogatory remarks 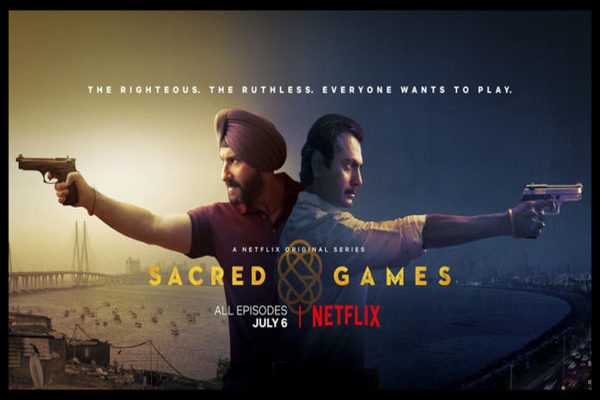 Indian politician has taken streaming giant Netflix to court, for its first Indian original series, “Sacred Games”, asking it to delete the offensive scenes and derogatory remarks about former Prime Minister Rajiv Gandhi in it.

According to the reports the files petition says, ““The show ‘Sacred Games’ has inappropriate dialogues, political attacks and even speeches, which are derogatory in nature and harms the reputation of the former Prime Minister Shri Rajiv Gandhi”.

The Delhi High Court has adjourned the case on 12th July 15, 2018 to give judges and respondents time to study the petition filed by Nikhil Bhalla who is also a lawyer and member of the opposition Congress party, the political party which was led by Rajiv Gandhi for seven years until his assassination in 1991.

The series is based on a 2006 novel by Vikram Chandra, has won critical praise for its gritty portrayal of Mumbai’s crime scene and politics and is also becoming favourite world wide. Starring Saif Ali Khan and Nawazuddin Siddiqui in lead roles.

The series “Sacred Games” made its debut earlier in this month. It is a thriller set in Mumbai with a cast of police officers, spies and politicians.

tweet
Share on FacebookShare on TwitterShare on PinterestShare on Reddit
Saman SiddiquiJuly 15, 2018
the authorSaman Siddiqui
Saman Siddiqui, A freelance journalist with a Master’s Degree in Mass Communication and MS in Peace and Conflict Studies. Associated with the media industry since 2006. Experience in various capacities including Program Host, Researcher, News Producer, Documentary Making, Voice Over, Content Writing Copy Editing, and Blogging, and currently associated with OyeYeah since 2018, working as an Editor.
All posts bySaman Siddiqui