Netflix’s Sacred Games is coming back with the second season!

Will Sartaj Singh be able to save Mumbai City before the 25 days’ ultimatum, let’s wait a bit more! 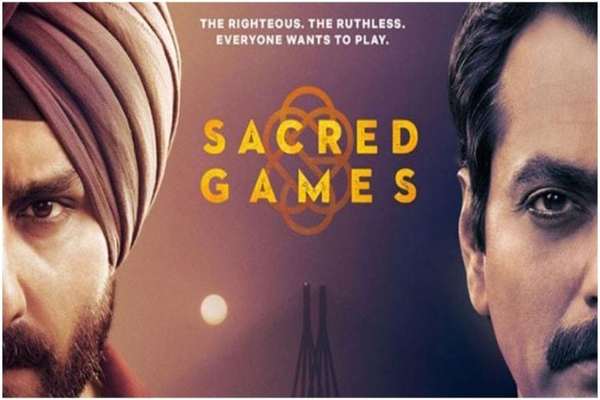 Netflix has confirmed that one of its popular original series, ‘Sacred Games’, will be returning back with a second season. As being reported, Vikramaditya Motwane will continue as the show runner while Anurag Kashyap and Neeraj Ghaywan will direct. And Varun Grover will continue to be the lead writer.

Those who have watched season 1, know that it ended with the cliffhanger, few days left to save the city! And Netflix has finally made an announcement for the anxious fans. The popular series will be returning back to the streaming service. According to the makers second season will see Sartaj Singh played by Saif Ali Khan, in pursuit to save the city. Ganesh Gaitonde played by Nawazuddin Siddiqui, has his tracks left behind for Sartaj Singh, to retain his position as the don of Mumbai. 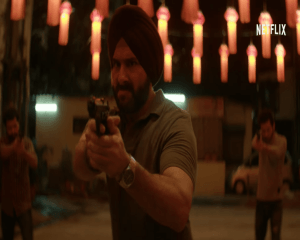 This season will witness a few new faces and some from the previous season will make a comeback.
There was an intro given by Ganesh about his three fathers in the first episode of the season, two of his fathers were shown in the first season. The third father is going to have play in the upcoming season, about whom we don’t know much yet.

Vice President, International Originals at Netflix, Erik Barmack, in a statement about Sacred Games said, “We’ve been thrilled by the response to Sacred Games from fans worldwide, and especially in India, to this high quality production. It’s incredibly exciting for us to take the story of Sacred Games forward and open a new chapter in the series with its second season.”

Though the airing date has to be announced yet, but still, it’s a good news for fans waiting to see the story coming to its end. Will Sartaj Singh will be able to save the Mumbai city before the ultimatum of 25 days. We all have to wait and watch.

tweet
Share on FacebookShare on TwitterShare on PinterestShare on Reddit
Saman SiddiquiSeptember 21, 2018
the authorSaman Siddiqui
Saman Siddiqui, A freelance journalist with a Master’s Degree in Mass Communication and MS in Peace and Conflict Studies. Associated with the media industry since 2006. Experience in various capacities including Program Host, Researcher, News Producer, Documentary Making, Voice Over, Content Writing Copy Editing, and Blogging, and currently associated with OyeYeah since 2018, working as an Editor.
All posts bySaman Siddiqui