“Netflix’s The Crown is fiction,” Queen Elizabeth’s secretary enraged at the drama hinting at her affair

Apparently, the series hinted at a romance between the Queen and her horse racing manager. 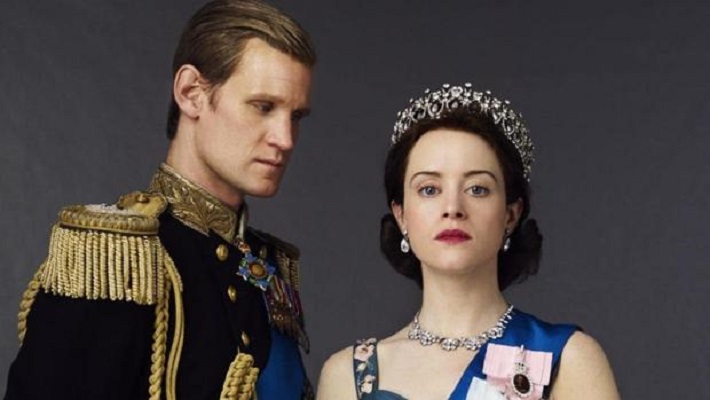 Netflix’s original drama The Crown is said to revolve around the life and incidents of the British monarch, Queen Elizabeth. The show has a massive fan following and is believed to chronicle the true incidents of the monarch’s life that shaped the later years of the 20th century. Although no significant controversy has emerged linked to The Crown so far, it seems, the latest series of the drama has enraged the former press secretary of the Queen.

According to Dickie Arbiter, The Crown has been inappropriately hinting at an early romance between the monarch and her horse racing manager in its new series. Arbiter termed the series as ‘distasteful and unfounded’ stressing the fact that the Queen never even looked at another man or even considered the thought.

Queen Elizabeth, fell in love and married Prince Phillip in 1947 when she was only 21 years old. In the said episode, the Queen is shown to be spending a month visiting stud farms in the US and Australia with Lord Porchester, her horse racing manager whom she calls “Porchie”. The story line follows Prince Philip becoming suspicious and an exchange of words between him and the Queen. Upon the Queen’s dismissal, Philip leaves the matter at that and does not say a word.

Although it is being said that the Queen stayed very close to “Porchie” until his death in 2001, there has been no evidence whatsoever to suggest that the two were more than just friends.

Queen Elizabeth’s former press secretary has been stressing the point that The Crown is based on fiction and there could have been no way conversations between members of the royal family could be out. “But people will tell the story they want to and sensationalize it,” he said in a press statement.