The much anticipated season 4 of Netflix series The Crown has landed on the streaming platform on Sunday 15th November 2020.

And to one’s amazement, other than following into the Royals’ story, the season has recreated Princess Diana’s iconic looks from the number of historic occasions the world remembers perfectly as Princess of Hearts’ impeccable memories.

When Prince Charles and Lady Diana Spencer posed for engagement photos, on February 24, 1981, the dress Diana wore a blue skirt and matching jacket. The Crown’s Diana can be seen wearing a similar outfit. 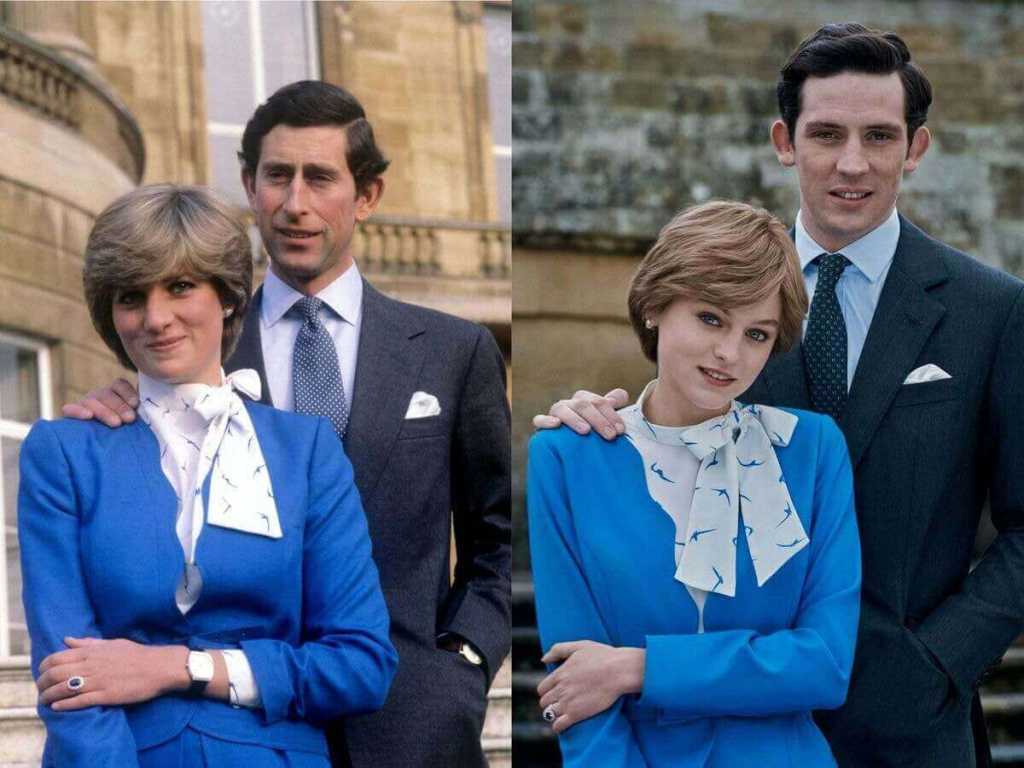 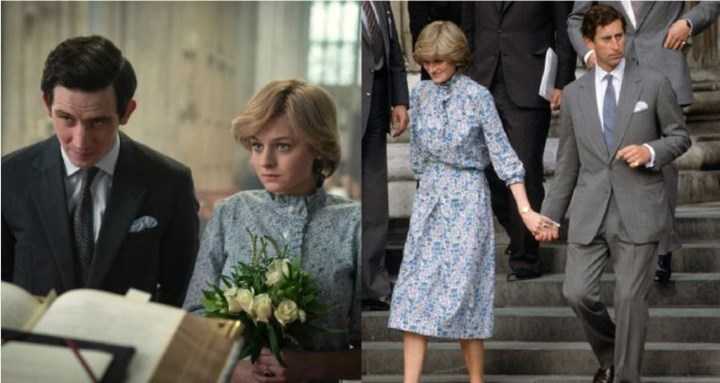 One of the biggest moments in the series is, certainly is the Royal wedding of Prince Charles and Diana. The fairy tale wedding on July 29, 1981, was watched by 750 million audiences worldwide.

Diana’s iconic wedding gown was recreated for the series and reportedly, the son of the man who made the original lace recreated the lace for the series. However,  Diana’s wedding dress was not totally replicated but looks perfectly similar on the screen. 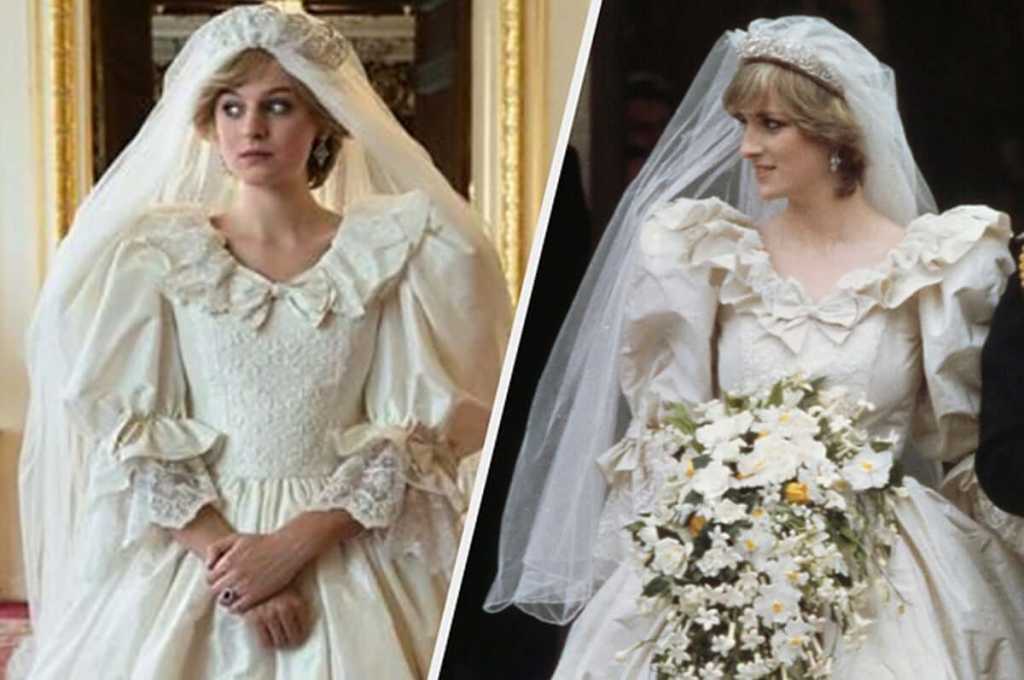 The moment when Princess Diana met with the fans in 1983 wearing in a yellow skirt and blouse, is recreated for The Crown. 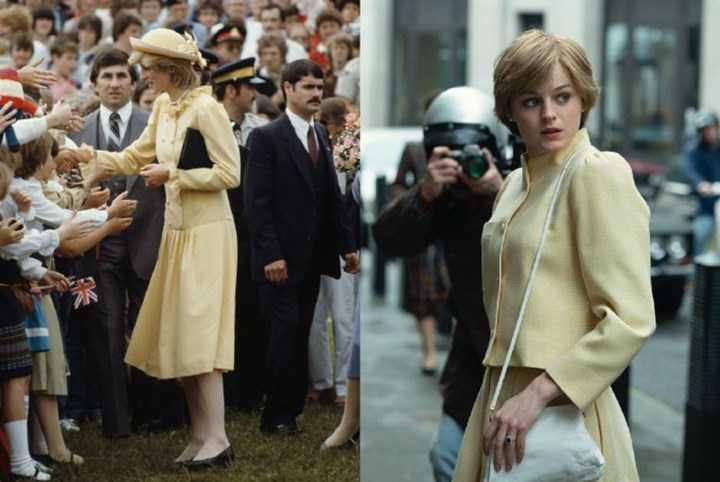 The look of Princess Diana in 1983 is recreated for the show showing her dancing with Charles at a charity ball. 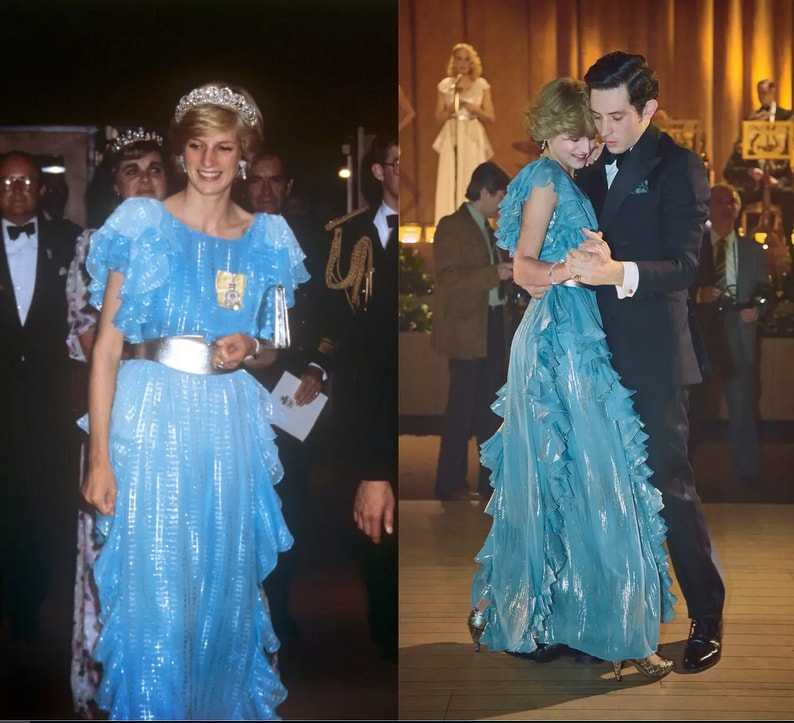 During the 1983 Australia tour, the fuschia dress Diana wore at a public appearance has also been recreated. 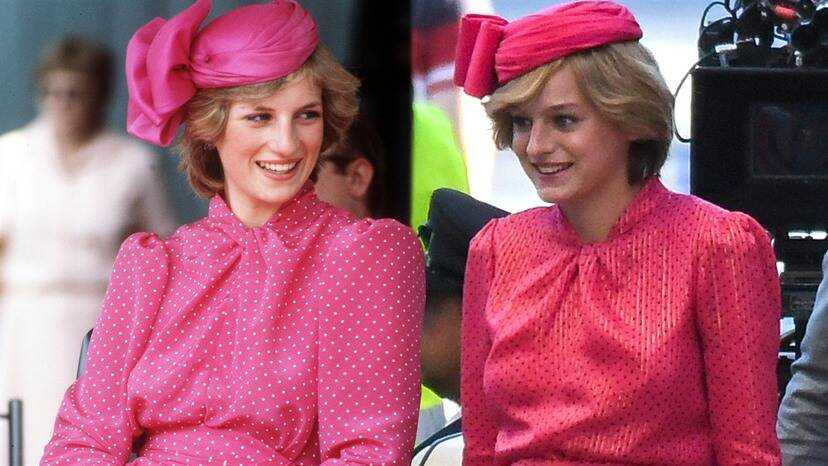 As well as the picture moment in front of Uluru. 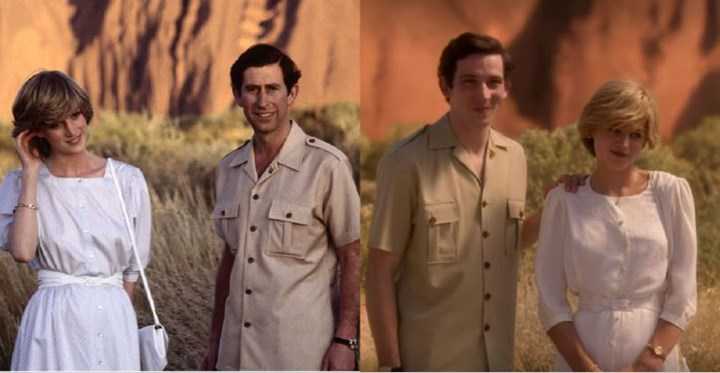 The red glittering dress Princess Diana wore to the ballet at the Royal Opera House in Covent Garden in 1982. However, in the series, Diana wears a similar dress a few years later during their royal tour of Tasmania, where she has taken the crowds by storm. 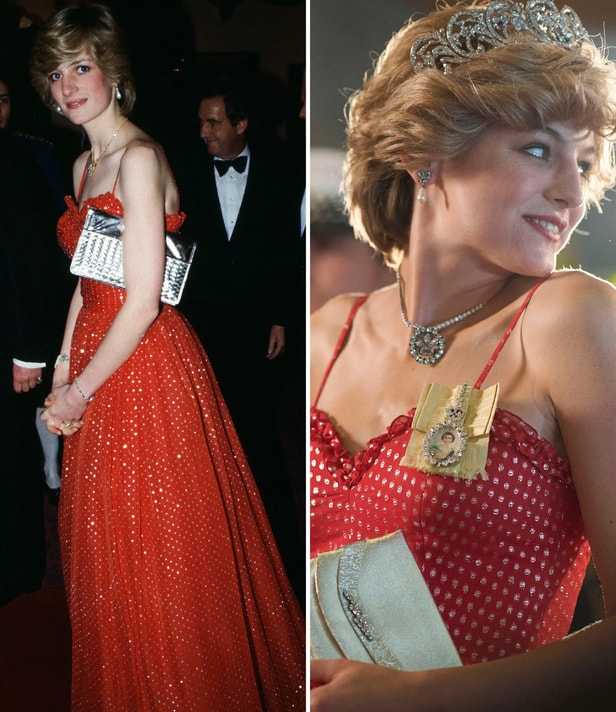 Princess Diana attended the BAM Opera gala during her 1989 visit to New York. The special evening is recreated in the fourth season as an account of “a night to remember.” 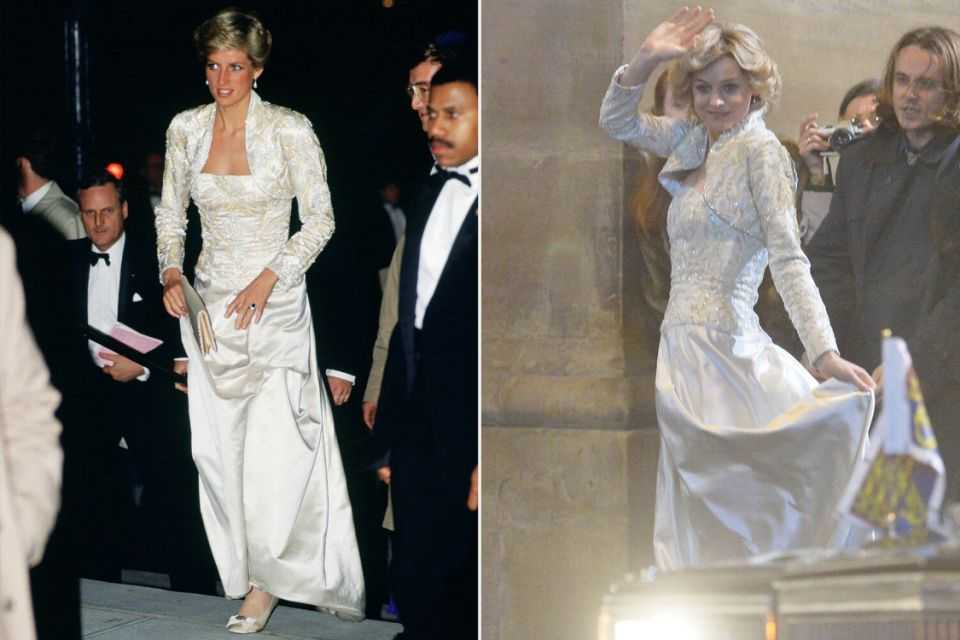