Priyanka, clad in her pink embellished outfit with a kundan and diamond jewellery, dedicated a dance performance to Nick 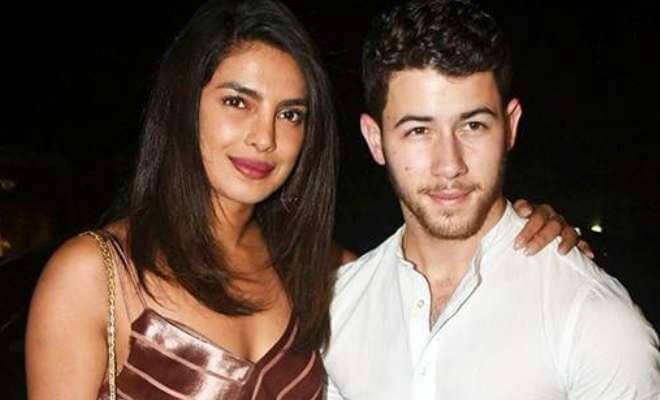 Priyanka and Nick have got married in a Christian ceremony today. The couple had their Sangeet ceremony at the luxurious Taj Umaid Bhawan Palace in Jodhpur on November 30.

Reports surfaced on the Indian media revealed that Priyanka, clad in her pink embellished outfit with a kundan and diamond jewellery, dedicated a dance performance to Nick.

Apart from the bride and the groom, the four-hour-long sangeet ceremony had Priyanka’s cousin Parineeti Chopra and other Indian and international stars performing on some Bollywood, Punjabi and Rajasthani numbers.

Nick’s brothers Joe and Kevin Jonas and Priyanka’s family members also performed at the function. “Each team recreated their own version of how they both met in dance form. These well-rehearsed performances were all part of a competition to test who is the most creative,” Indian media reported

The insider said that, “Nick and Priyanka were laughing and had a great time watching all the performances.”

Earlier Radhik filmed Virat Kohli and Anushka Sharma’s wedding in Italy and Samantha Ruth Prabhu and Naga Chaitanya’s wedding in Goa, among others.