Nida Yasir’s Latest Dig at Kanwal Ahmed Backfires on Her! 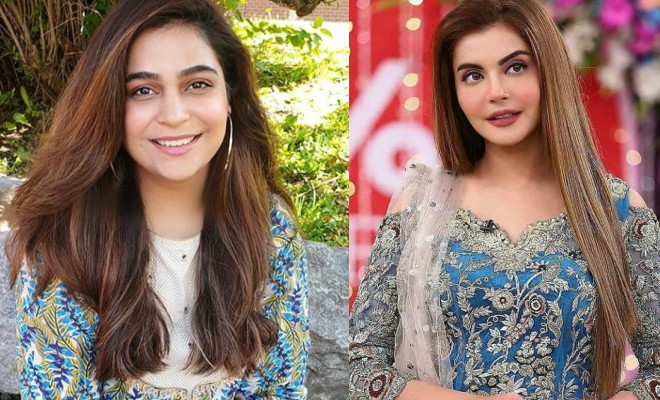 Nida Yasir who is a little too famous, thanks to her decade long monotonous morning show, has messed up with a wrong segment this time and from the looks of it, it has completely backfired the TV show host.

It all started when a video clip from Nida’s last year show got viral recently, where she was efficiently showing off her Europe tour’s shopping. While the whole point of show off did not make sense to anyone on social media, the matter was also discussed on the largest closed community of women in Pakistan, Soul Sisters Pakistan. Women from all walks of life commented on the video and left their opinion (mostly not so pleasing for the show and Nida.

The same video clip was repeatedly shared on various groups, but Nida found Soul Sisters a little too hurtful for her.

“I have ignored it for a while but not anymore. Soul Sisters is a whole group that targets me, it’s harassment,” said Nida.

While Nida’s banter on picking up an old show and ridiculing her was valid, it was what came out of her mouth after that did not go well with thousands of followers of Kanwal Ahmed – the mind behind the women’s only group.

“That Kanwal, the shows she does herself… she asks common people questions and digs out information that should not be shared on screen. She does it all for her ratings,” lamented Nida as she dragged Kanwal’s Facebook sponsored web-talk show ‘Conversations with Kanwal’.

Soon after Nida’s show the matter once again became a hot topic of discussion on SSP and women bashed Nida for naming Kanwal, who herself had not commented on Nida’s shopping show. Some made it a point to denounce Nida’s content and asked for sponsors and brands to air shows like Kanwal’s that give an insight on problems of common women.

“Kanwal Ahmed is not judgemental. I shared my whole story with her without any hesitation felt like talking to a family member. SSP gave me encouragement, appreciation abt who I am. Women supporting women,” said a woman who had come up on Conversation with Kanwal.

Another woman on condition of anonymity said, “I went through a very devastating miscarriage last year and was absolutely heartbroken. In our society miscarriage is such a taboo topic, I struggled to find anyone who I could feel connected to on this subject.

“Then on Conversations with Kanwal, I heard this lady speaking about her brave journey to conceive and how along the way she had suffered multiple miscarriages. It made me feel strong and it genuinely eased my pain,” she added.

To elaborate on why women why so fumed over Nida’s remarks one must know the poles apart difference between what SSP does and what Nida’s morning show – despite its humongous reach – fails to do.

Conversations with Kanwal and SSP are a platform for women to speak up on issues that impact a large part of community, for example how a woman broke the chains of misogyny and made something of herself, how a girl did not let her disability disable her from being successful, how a woman survived domestic abuse and emerged stronger.

On the other end we have Nida Yasir and all other morning shows that mostly revolve around lavish pre-planned weddings, injections for fairer colors, everyday banters of saas bahu efficiently staged and some unfathomable moments that go down in the history as horrific television glimpses.

As of right now Nida is under quite a lot of fire for her rant on television, and women (read aam awam) have further drifted away from her morning show. Maybe it’s time the channels and brands do revise their content department and upgrade it to meaningful programs, like . . . Conversations with Kanwal?
tweet
Share on FacebookShare on TwitterShare on PinterestShare on Reddit
the authorAisha Arshad
All posts byAisha Arshad