The world premiere of No Time To Die also had the British Royal Family in attendance. 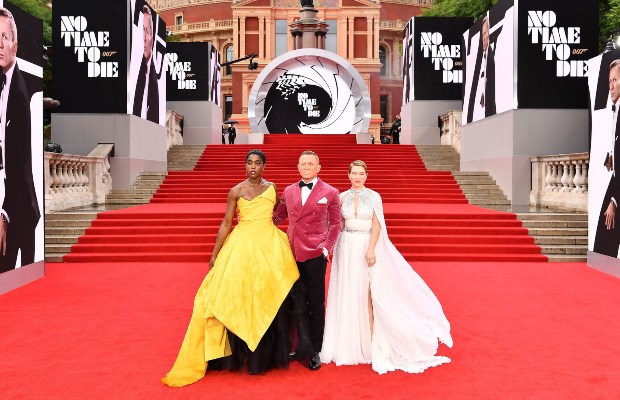 No Time to Die the 25th James Bond title had its world premiere at  Royal Albert Hall in London on Tuesday evening.

The evening saw the glitzy, star-studded event welcomed 007 himself, Daniel Craig, for his swansong as the legendary secret agent, along with several fellow cast members.

We've been expecting you… Daniel Craig has arrived on the red carpet at the World Premiere of #NoTimeToDie at the @RoyalAlbertHall. pic.twitter.com/WhG226rKus

Rami Malek, the villainous Safin in #NoTimeToDie, has made his appearance at the @RoyalAlbertHall. pic.twitter.com/vwj4u59aMl

The world premiere of No Time To Die also had the British Royal Family in attendance.

The screenwriters Neal Purvis and Robert Wade, composer Hans Zimmer, and official song performers Billie Eilish and Finneas O’Connell were also in attendance at the premiere.

Craig’s fifth and final film as 007, was originally scheduled due to release in March 2020. But the pandemic quashed release plans saw a handful of release date changes.

Helmed by Cary Joji Fukunaga, MGM/Eon/Universal’s No Time to Die begins international rollout this week, hitting the UK on Thursday.