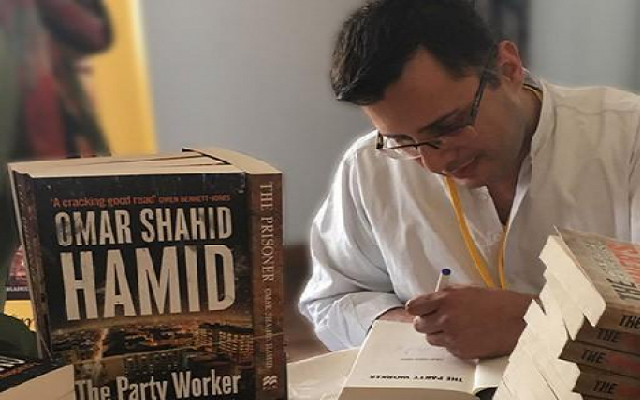 There is absolutely no questioning Pakistan’s creative talent and we say this because we have a proof. Not only have our authors been winning international prizes around the world, our filmmakers, whether documentaries or features, have been earning accolades amongst film festivals across the globe.

A number of Pakistani films and dramas are now available on online streaming giants including Netflix, but we yet to have one of our own originals. And if things turn out to be as we’re assuming, Pakistan will soon have its own Netflix original to boast about.

Recently, Pakistani author, Omar Shahid Hamid shared a tweet which hinted (without any confirmation) on his famous work, “The Party Worker” being adapted into a series/film for Netflix.

“Funny you should mention it. Just signed a film/series deal for The Party Worker.#ThePartyWorker #netflixherewecome #ifallelsefailsHumtvzindabad,” Omar Shahid

Although the tweet does not confirm anything for now, this indeed will be a great breakthrough for Pakistani entertainment industry if the country is to get its own original Netflix series soon.

The Party Worker by Omar Shahid Hamid is a pacey thriller revolving around a murder attempt gone wrong for a party worker in New York, who betrayed the Party he worked for after 28 years of association. The book explores the inextricably link of politics and violence in Pakistan’s busiest city, Karachi.