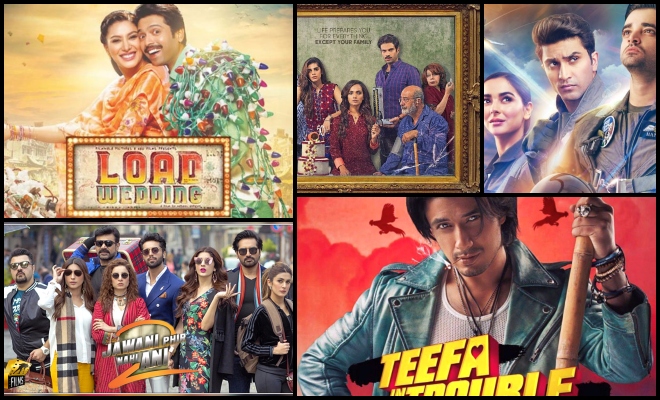 Pakistani cinema is definitely en route its revival and we have some amazing films to prove the claim we make. This year, we have had a number of excellent films coming out from our cinema, a few which earned international acclaim as well.

Here’s a list of films, Oye picks to be the best films of the year in no random order;

Ali Zafar’s debut in Pakistani cinema, Teefa In Trouble was an amazing film, one which earned acclaim from across the world. Directed by Ahsan Rahim, the film also starred Maya Ali in the lead role and brought about a mix of action, comedy, romance and drama in one.

Adnan Sarwar delivered an amazing biopic one more time with Motorcycle Girl. The film followed the story of Zenith Irfan, who took it upon herself to fulfill her father’s wish and toured the Northern Areas of Pakistan on a motorcycle, defying norms and breaking stereotypes. Sohai Ali Abro gave a splendid performance as Zenith and won critical acclaim for her film.

A family drama, Cake brought about Asim Abbasi, Cake revovled around siblings rivalry, children persuing their own dreams and how the ties of family brought them back together once again to face the shadows of their past. Cake starred Aamina Sheikh, Sanam Saeed and Adnan Malik in lead roles and is Pakistan’s submission to Oscars in the category of Best Foreign Language Films

Directed by Nabeel Qureshi, Load Wedding starred Fahad Mustafa and Mehwish Hayat in lead roles. The film brought about a satirical take on the load that weddings bring about on an individual. With a beautiful music album and solid performances, Load Wedding won critical acclaim around the world and has been nominated as Best Feature in the upcoming Jaipur International Film Festival in India as well.

How could our list be complete without this amazing comic blockbuster missing from the list. Not only did Jawani Phir Nahi Ani 2 offered a laughter ride, this film brimmed with style and some amazing performances. Without a doubt, if there is a commercial film which delivered spot on, alongside Teefa In Trouble, it had to be JPNA2. The film starred Fahad Mustafa, Humayun Saeed, Ahmed Ali Butt and Vasay Chaudhry in amazing roles and was directed by Nadeem Baig.