Oye Yeah Predicts: Who is going to take it home this year at the Lux Style Awards 2018?

The stage is all set! 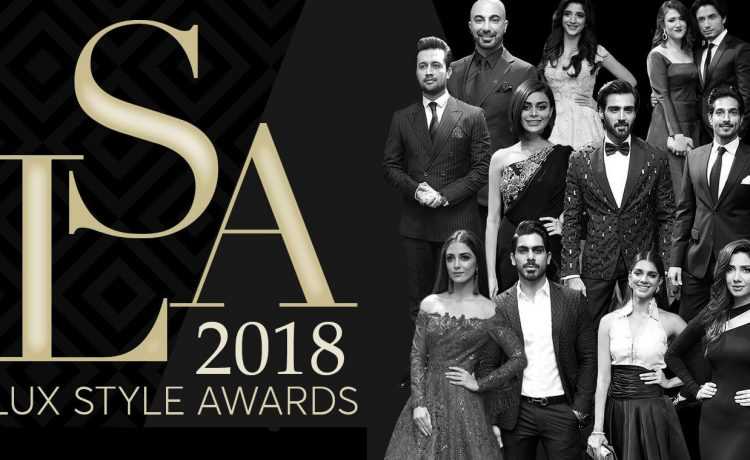 Yet again it’s the time for the year’s biggest event for Pakistan’s entertainment industry, LUX Style awards. For the 2018 event the red carpet has been laid, this time for 17th Lux style awards the venue is set at Lahore on 20th of February. The final nominations were made some while ago, so far by now the online voting for various categories have also ended.

Who will be the winner this year, let’s have a look at the most popular categories. And I will state my predictions along for view’s choice awards, who will be taking the awards trophy home.  Starting with the movies, 2017 has been phenomenal for Pakistani cinema. The five nominations are

Film ‘Punjab Nahi Jaungi‘ by Six Sigma Studios has become the top grossing film at the box office by doing RS50 Crore business. On the other hand Chupan Chupai is leading the film category with 8 nominations.” NA Maloom Afrad 2” is trending second at the box office with RS 28 Crore business. The film ‘Verna‘ written, directed and produced by Shoaib Mansoor, under his Shoman Productions happened to grab only 9.5 Crore on box office. For the same film Mahira Khan is nominated for best female actress film.

For me the best film award will be bagged by ‘Punjab Nahi Jaungi‘, with grabbing best director award too. For best Actress female Mahira Khan is my call and for best supporting actress I would bet on Actress Urwa Hocane for Punjab Nahi Jaungi. Best Supporting Actor male should be given to Gohar Rasheed. And Best Film Actor would be Humayun Saeed; maybe Fahad Mustafa deserves a chance as well but I guess Saeed, is the popular choice.

Looking at the drama category the nominations, Hum TV seems to be in the lead as it has picked up 16 out of a possible 30 nominee slots for excellence in Television programs. O Rangreza, has been a hit Television serial starring Sajal Ali and Bilal Abbas and has grasped the audience attention. Sajal Ali is nominated for best actress TV for, O Rangreza and Yaqeen ka Safar. The nominations for this particular drama O Rangreza also include Kashif Nisar for Best TV Director, Saji Gul for Best TV Writer, Sahir Ali Bagha for Best TV OST and the drama itself for Best TV Play.

Urdu1’s production ‘Baghi’, biographical series about the internet sensation, Qandeel Baloch’s life and death played by Saba Qamar, will be giving a tough call.Another hit Television series that made waves and became the talk of the town was Yakeen Ka Safar starring the cute on screen couple Ahad Raza Mir and Sajal Ali, who have also been nominated for Best TV Actor and Actress. Other Hum TV dramas dominating the Television nominations are Sang e Mar Mar and Alif Allah Aur Insaan. It seems like this time nominations for the TV category are going to be a tough call.

Another interesting nomination to watch out is the best Singer of the Year category
Abid Brohi for ‘The Sibbi Song’ from ‘Patari’ and Lyari Underground for ‘Players of Lyari’ also from ‘Patari’. Undoubtedly Patari has become the most happening scene of Pakistani music. It’s a great achievement that singers from grass root level will be included in Pakistan’s main stream entertainment event.

By the time you will be reading this the red carpet event would have been started. The countdown has begun for the awards ceremony to be started, let’s see who grabs the awards this time. As reported, Vasay Chaudhry and Ahmed Ali Butt will be primarily hosting the show, former LUX ambassadors will be taking over the stage along with other celebrities stepping in for various segments. This year’s show is being directed by Vaneeza Ahmed. We can’t wait as it is going to be grand and glamorous, and we can always expect few controversies and speculations the awards results could stir up, and how my predictions turn out to be.

tweet
Share on FacebookShare on TwitterShare on PinterestShare on Reddit
Saman SiddiquiFebruary 20, 2018
the authorSaman Siddiqui
Saman Siddiqui, A freelance journalist with a Master’s Degree in Mass Communication and MS in Peace and Conflict Studies. Associated with the media industry since 2006. Experience in various capacities including Program Host, Researcher, News Producer, Documentary Making, Voice Over, Content Writing Copy Editing, and Blogging, and currently associated with OyeYeah since 2018, working as an Editor.
All posts bySaman Siddiqui