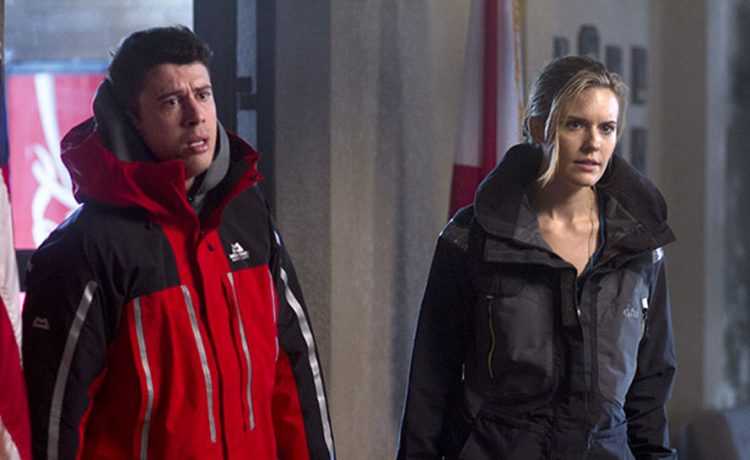 Hollywood’s formula films; a blonde, a slick looking boy, some CGIs, lame puns, sparkled and patriotism, whatever your genre this makes for the basis of it. Sometimes they are watchable, some terrible and then there is Hurricane Heist. The premise is as flawed as they come, execution laughably poor and CGI, focused on cost saving.

Subtly isn’t the motivation at the very beginning. The film’s title gives away the whole premise. A bunch of disgruntled old men (and a woman) planned to rob off the treasury during an unimaginable monstrous hurricane.  The film starts with two brothers, Toby Kebbell as Will and Ryan Kwanten as Breeze watch their dad killed by the hurricane couple of decades earlier. This leaves a lasting impression on the boys. Will, goes on to become a storm chaser or synoptic meteorologist”, while Breeze is a know-it-all mechanic. As the storm approaches, the boys are caught up with eccentric but loyal to core Casey (Maggie Grace) as they try to stop the bad guys from taking all the money from the treasury.

But the main lead in the perhaps is the supremely invincible vehicle of Will and the hurricane itself. Will, shows off a lot of affection for it and for good reason. The vehicle saves them for near death quite a few times. Similarly, the storm in different ways just breaks through as the bad guys are about to get them.

In conditions not suitable for human in-habitation, some rather poorly executed fight sequences are taking place.  Conditions are such that CGI work remains quite invisible. As expected in such a film the background score is jarring. Will the good guys succeed in beating the evil ones and the hurricane? If you still want to see this 1 hour 43 minutes of rather unenjoyable film, you can find out.