The director, banks on Devgn’s image to do the trick 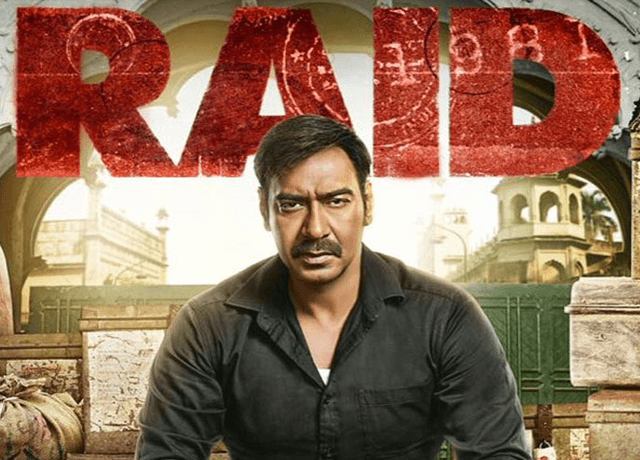 The sub-continent has become politicized. Perhaps much more than other regions in the world. The populist approach taken by Modi jee on that side of the border, and Imran Khan on our side, has attract eye balls (if not votes). Their agenda, has been simply to nail down on corruption (not w/o reason either). We hear about scams of thousands of crores in India, a finance secretary had 730 million resting at his home. But justice is slow, painfully slow in real life. However, in reel-life we have Ajay Devgn to bring us swift justice. In this film, Devgn plays a tax officer (Amay Patnaik).

To every Patnaik, there is one Tauji (Saurabh Shukla). The man with tremendous wealth, an army at their service, and political connections. However, he run in the bad books of Patnaik, who is tipped off by an unknown call, detailing the wealth beyond means of Tauji and urging him to raid the ominously named ‘Whitehouse’ of Tauji. While, there is still doubt, it is the arm around the shoulder, advice of wife (Ileana D’Cruz) to follow his heart that makes the raid happen.

Armed with motivated (and some not so motivated men and women) Patnaik, knocks on the door of Whitehouse. Tauji thinks he is unassailable, Patnaik challenges that idea, he thinks their political clout can loosen the noose, Patnaik ridicules political pressure. Money is offered, but Patnaik is a man who carries his own alcohol to a party, because he never wants to drink what he can’t afford, so money is no object literally, and lastly, Tauji thinks his goon-muscle can save him. Well can it? You know the answer. The suspense of the movie lies in identifying the individual who passes this information to Patnaik.

Loveddd #Raid!! Such a relevant topic in today’s time!shows how corruption needs to be dealt with! Solid performances.. do watch guys cos d change begins from us 💪🏻 @ajaydevgn @Ileana_Official @rajkumar_rkg #SaurabhShukla

Ajay Devgn, brings the usual arrogance in his honesty, powered by laws and a faithful team and well simply put naivety, he is the soul of the film. Ileana D’Cruz is there to make her husband good and guilty, often at the same time. There are couple of unnecessary songs. Or you could literally do w/o the romance angle, but then it wont be an Indian film would it? Saurabh Shukla derides, shouts, cries and ably challenges Devgn’s persona. The 1st half is quite well directed, but the 2nd lags a little.

All in all, if you want to vent your anger at a government official, you have your super hero film in cinemas this week.