This is a non-intellectual review 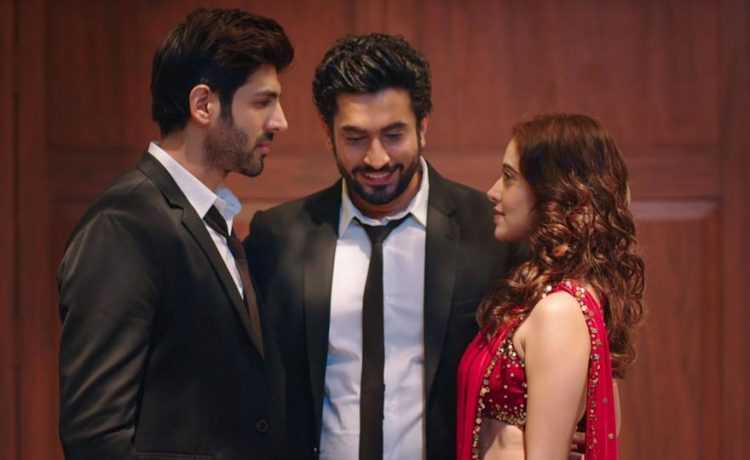 To a degree, I am a ‘yaroon ka yar’. My dysfunctional family was supplemented with friends (initially only males, due to an all-boys school, thanks dad), who I have known for perhaps 20 years. So I get the brotherhood concept. I understand that there is a market where women bashing sells. There are teenagers and there are people who remain teenagers all their lives, I get it. Having seen a failure in Akash Vani, a film with a feminist angle, it is understandable why the producers took this safe route. Luv Rajan, has a certain way of storytelling, I knew that when I decided (oddly enough forced by my wife) to watch this film that Nushrat Bharucha will be villainized. My personal growth from Pyar Ka Punch Nama time was also a factor in my reluctance to watch this film. I was told by my editor that it has been a super hit in Pakistan, earning 5 crores.

Having considered all these factors, I walked in the cinema w/o my moral campus. I just wanted to relate to situations and get entertained. Luv Ranjan, has a unique understanding of human behaviour. Showcasing complexities of a male-female romantic relationship from a male pov is where he excels. There are little things, in his films we relate to. Which made Pyar Ka Punch Nama such a hit.

Sonu Ke Titu Ki Sweety just shows little glimpses of that, with a whole lot lacking. There are still a few moments I related to personally. But if I have to sum up this film in a line, it’s Sweety (Nushrat Bharucha) walking away on slow-mo with IPL like trumpet music playing after having ‘slayed’ Kartik Aaryan. Don’t get me wrong she looks stunningly beautiful throughout the film but boy is there is an overdose of such shots.

Exaggeration is an obvious part of film making. But perhaps that liberty also has limits. There are no heroes in this movie, yet the script shows Sweety as the villain. The love, friendship, motherly instinct between the two lead male characters is hard to digest as base premise of the film. The Pyar ka Punch Nama guys were relatable to a degree but Sonu and Titu (Sunny Singh) just aren’t.

Have my friends changed careers, left friendships, changed countries because of girls? Sure. We make adjustments because that is what the person desires at the time. Have we been frustrated to our cores, when one of our friends just blatantly fails to see the obvious about a girl? Hell yes! Do they see the light? In most cases, yes.

Sonu keeps pulling off one manipulative act after another against Sweety. Titu, either ignores or forgets it in the next scene. Friendship bond is not that unbreakable. As many have had said, if it was a story about two homosexual beings, it would have made more sense. While the movie goes back via dialogues talking about the love between the two, Sweety’s character is only discussed in shades. The questions remain, is she a gold digger, is she manipulative? Is she doing everything out of love? The director leaves this to our imagination.

There are a few sequences and dialogues where you can relate & laugh. The scenes with Virendra Saxena & Alok Nath (hilariously named Ghasitay) are quite enjoyable. In one scene Ghasitay advises Sonu, ‘Agar race har rahey ho to gir jao, zindagi bahar ye sochna k jhetnay ka chance to tha’. To sum it up, this film is funny only in parts, is an example of extreme 3rd wheeling. The only caveat is, it’s the girl who is 3rd wheeling in Luv Ranjan’s universe. The chewing gum served to us in 2011 has lost its taste.