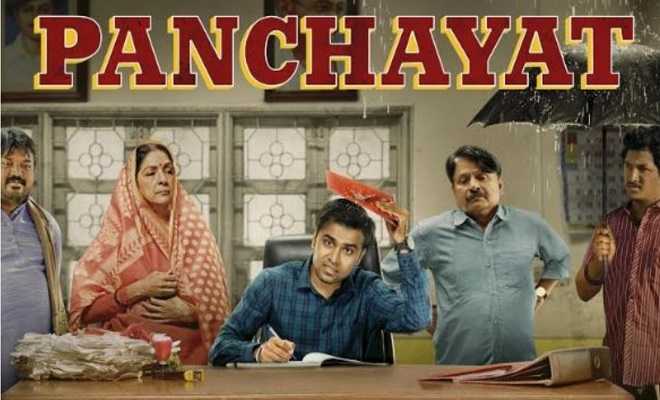 One of the sad but eternally truthful messages, I got from a university instructor was “son, live with it”. No matter who you are, at most times, life forces you to just breath and survive. Even the most powerful man in the world Barrack Obama testified that. So when Abhishek Tripathi (Jitendra Kumar) moves to a far-flung village to join his government job as the Panchayat’s secretary, it is exactly what he is doing. Just living with it.

Abhishek is rooted in an urban centre. His friend played by Biswapati Sarkar is a lot more successful and that affects him. The urban animal is an alien in this village. From his name to his sleeping pattern, the village folks don’t get it. Our protagonist is no hero or saviour. Hence, the conflicts here may appear minuscule. But take a step back and you will see how cleverly the writers have weaved social messaging in smaller more readily digestible stories. There are no long speeches, neither a sudden awakening. Yet, significant change is taking place, you just have to see it.

During this journey, we meet some characters you would fall in love with. There is Brij Bhushan (Raghubir Yadav), the informal Pradhan (head) of the panchayat. Informal because the government had reserved this seat for women, but he worked his way around it by getting his wife Manju Devi (Neena Gupta) elected. Vikas (Chandan Roy) plays the loyal and always ready to assist, assistant of Abhishek. While Faisal Malik plays Deputy Pradhan. All these characters have their odd little quirk. Yet it is not the quirks that define them. They are not just that one thing they do. Each character stands on its own with their own flaws and beliefs. They aren’t just a vehicle to take the heroes’ story forward.

So they all get their time in the limelight. When Pradhan feels jealous that Abhishek buys a better chair or the time when Deputy Pradhan consoles a sulking Abhishek after he has been told off by the Pradhan, we see their personalities. You feel Manju Devi as being just there in the initial episodes but it all culminates beautifully to put her at the forefront of the story. Vikas also gets plenty of moments of shine in an unremarkable way.

Another aspect worth pointing out is that people here are motivated by self-interest largely rather than societal good. Our hero fights to overcome a long-held superstition so he could get a solar light installed outside his residence (also the Panchayat office). Manju Devi tries to assert herself when she is belittled. Everything is from an individual’s point of view, even if it ends up making a difference on a macro level. Tellingly, at times it also highlights some pitfalls of democracy and how it needs leaders with a moral compass.

Created by the Viral Fever (TVF) Panchayat works because it is based on basic human values. Director Deepak Kumar Mishra and writer Chandan Kumar have been able to use simple storylines and yet the messages land. As we worry about our health, jobs and the future of the world as we know it, Panchayat will make you smile and chuckle. There are so solutions here, just some villagers (yes Abhishek too) smiling as they navigate through life. 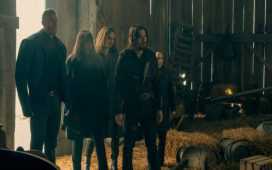